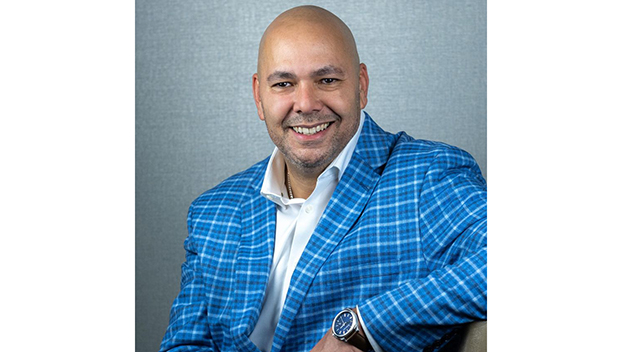 Like anyone else, Heath said he was impressed by the beautiful houses and gorgeous scenes on the Mississippi River but what struck him most of all was the authenticity of the people and businesses of Natchez.

Heath said when he came to interview for the executive director’s position in January, he received the same warm welcome — even when arriving close to closing time at Biscuits & Blues on a Sunday night with snow on the ground.

While he expected the restaurant to be closed, Heath said he was instead greeted with great food and service.

That is the kind of hospitality Heath hopes to communicate to all potential visitors as the new executive director of Visit Natchez, he said.

“They were so friendly and the food was amazing on top of that,” Heath said. “That first impression all the way through every single experience I’ve had since then has just been outstanding and that is the kind of experience that I want to communicate to the rest of the world that we’ve got here.”

Visit Natchez and its managing board, the Natchez Convention Promotion Commission, was created by state legislation as an informational and marketing resource for Natchez’s tourism industry.

The NCPC completed a nation-wide search for the executive director’s position following the departure of Jennifer Ogden Combs in the fall of 2020. Director of Sales Lynsey Smith served as the interim executive director until Heath’s arrival.

Heath relocates to Natchez with his wife, Janice, from Atlanta, Georgia where he served as the General Manager of the Embassy Suites Atlanta Galleria. He managed a 263-room hotel and restaurant in addition to serving on several industry boards and committees.

Heath said he is a native of Washington D.C. and has moved around the country throughout his life. He is a graduate of Loyola University in Maryland and has worked with destination marketing organizations and hotels, serving as Vice President of Sales, General Manager and recently as Chairman of the Board of Directors for Cobb Travel and Tourism in Georgia.

Heath joins the Visit Natchez team with more than 28 years of tourism and hospitality experience that includes leadership roles throughout the South.

His leadership in the hospitality industry has led to several awards, including Director of Sales of the Year, Hotel of the Year and AAA Four Diamond Award.

Heath said Visit Natchez has a great foundation on which he hopes to build “to the next level.”

As the world emerges from a global pandemic, Heath said more people will be looking for places to travel and he aims to point them to Natchez by bridging the gap between Visit Natchez and its tourism partners.

“Our ability to communicate all of those aspects that attracted me when I came here and how we convey that to the world is vital. Getting everyone in the community to work together on how we do that is going to be the first focus of mine,” he said.

As an example, Heath said Natchez Mayor Dan Gibson has been working closely with riverboat cruise companies to build new docking stations and raise Silver Street where it is prone to flooding.

“Those are all great ways to get the word out about Natchez,” Heath said, adding he plans to build on the message other groups are sending out and involve the rest of the community.

“Whether it be the Historic Natchez Foundation, Natchez Inc., the Chamber of Commerce, all of us are working in the same direction,” he said. “We can work together and streamline how we’re communicating and supporting each other.”