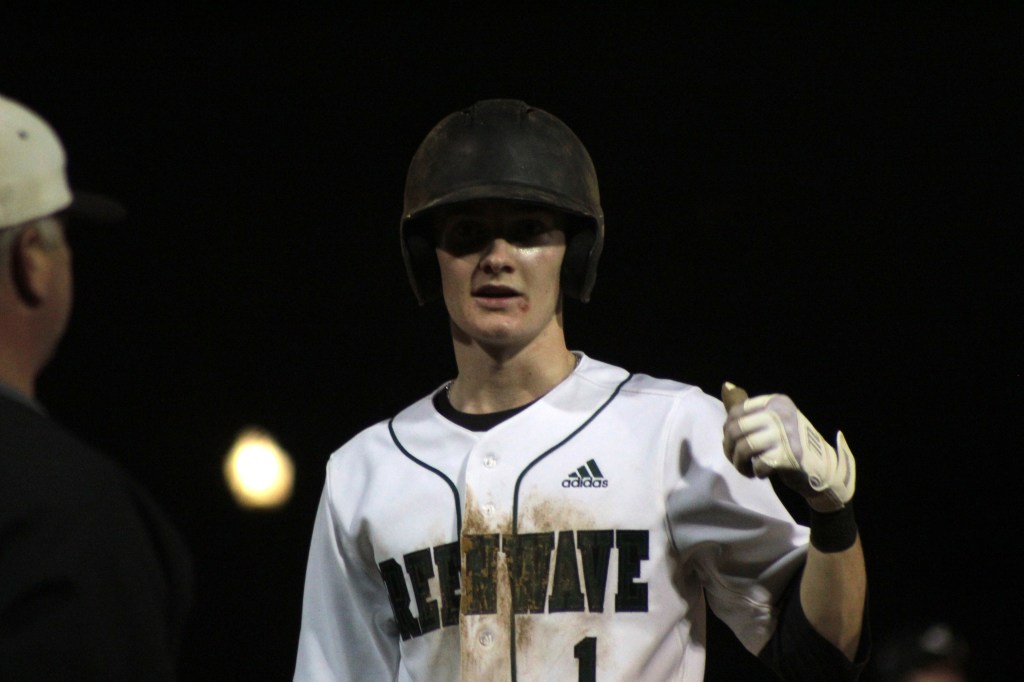 Above, Sam Mosby lead a big fourth inning for Cathedral forcing an error on a ball he put in play Thursday night. (Hunter Cloud The Natchez Democrat)

Only four batters for Porter’s Chapel reached base – two on walks and two on a hit by a pitch. And those who did reach base remained stranded by Maples as well as a Cathedral defense that did not commit a single error. Zeke Flattmann had a team-leading nine chances in the field.

Cathedral put the 10-run-after-five-innngs mercy rule in effect after scoring four runs in the bottom of the fourth inning to go ahead 10-0. The big plays were an error by the Eagles on a ball put in play by Sam Mosby and a double by Paxton Junkin.

Maples, who went all five innings, retired the side in the top of the fifth to end the game early and preserve his no-hitter.