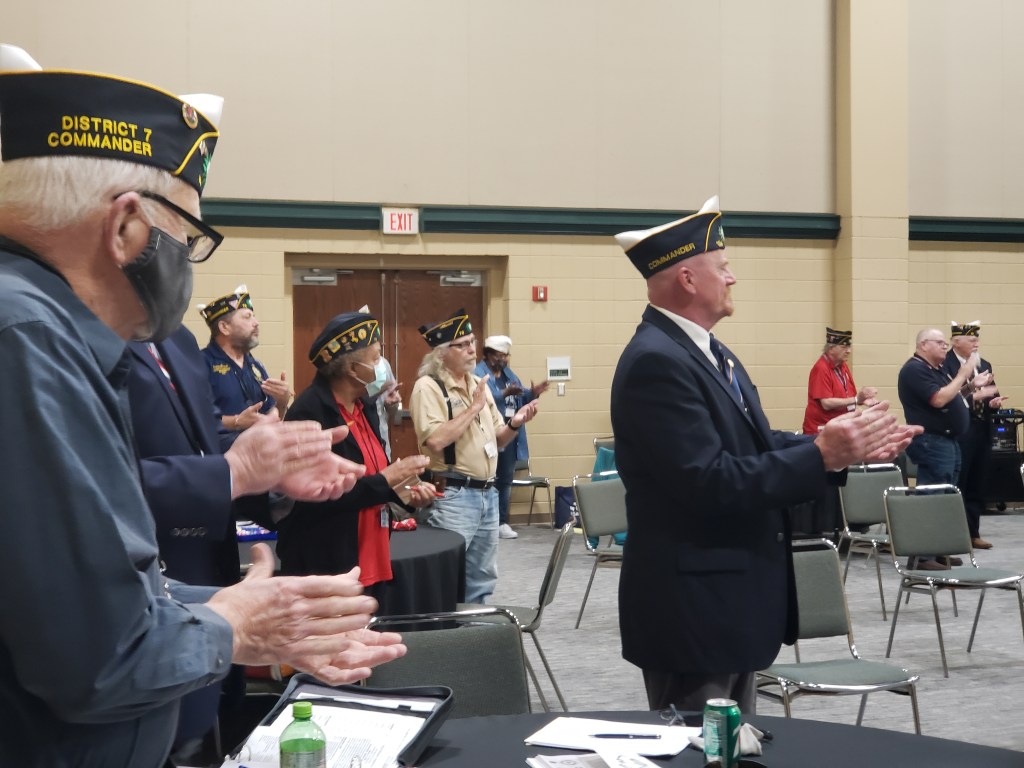 The American Legion, chartered by Congress in 1919 as a patriotic veterans organization, focuses on veterans affairs and rehabilitation, national security, Americanism, and children and youth, said Department Adjutant Deborah Fielder.

The American Legion’s Department of Mississippi is headquartered in Jackson with over 100 posts throughout the state, including Post 228 in Natchez at 21 North Commerce St.

The legion not only serves veterans but also facilitates an array of charitable functions for everyday citizens in the community. They provide scholarship opportunities to high school juniors and seniors, help the homeless and promote patriotism by honoring and encouraging community participation in memorial events.

The widely attended mid-winter conference allows members to regroup, plan and give updates on their service projects.

“Committees who are spread out all over get together and discuss all of their activities,” Fielder said. “We have over 100 posts in various cities across the state who are here for the conference.”

Some of those who felt they were able to attend safely wore masks. Members were scattered in the large open space of the Convention Center and had their temperature taken before entering.

The Mississippi legion is scheduled to meet again at the Natchez Convention Center and Natchez Grand Hotel on July 15 through 18 for their annual department convention, at which they will discuss the coming year, host elections and give out awards, Department Commander James Till said.

“As my year as your Commander draws closer to its end, I want to thank the District Commanders for their hard work and continuing efforts during these trying times,” Till said at the conference. “A very special thank you goes to the blue caps, Legion Riders, Sons and the Auxiliary who have continued to work and serve their communities. As this pandemic enters into its second — and let’s all hope final — year, I ask that you continue to look out for one another and continue your buddy checks on your neighbors and fellow veterans.”