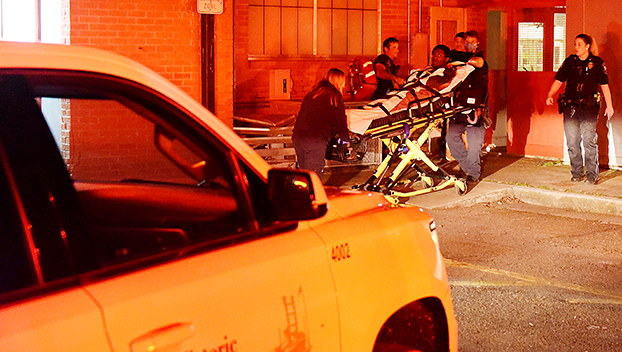 Natchez Police Chief Joseph Daughtry said police and the Natchez Fire Department were dispatched to Frazier Elementary just before 9 p.m. Sunday to rescue Willie Dobbins, 19, from Hattiesburg, who was suspended from the ceiling of the school.

“Dobbins called 911 and told dispatchers he was trapped in the cafeteria,” Daughtry said.

Daughtry said Dobbins appeared to be trying to break in through the roof where money is kept and got stuck.

Daughtry said Dobbins is in police custody and is being checked for injuries at the hospital before he will be transported to jail Sunday.

“He is going to be fine,” Daughtry said of Dobbins’ injuries. “He may have some scrapes and bruises. I’d like to thank the Natchez Fire Department for assisting us with getting him out safely.”