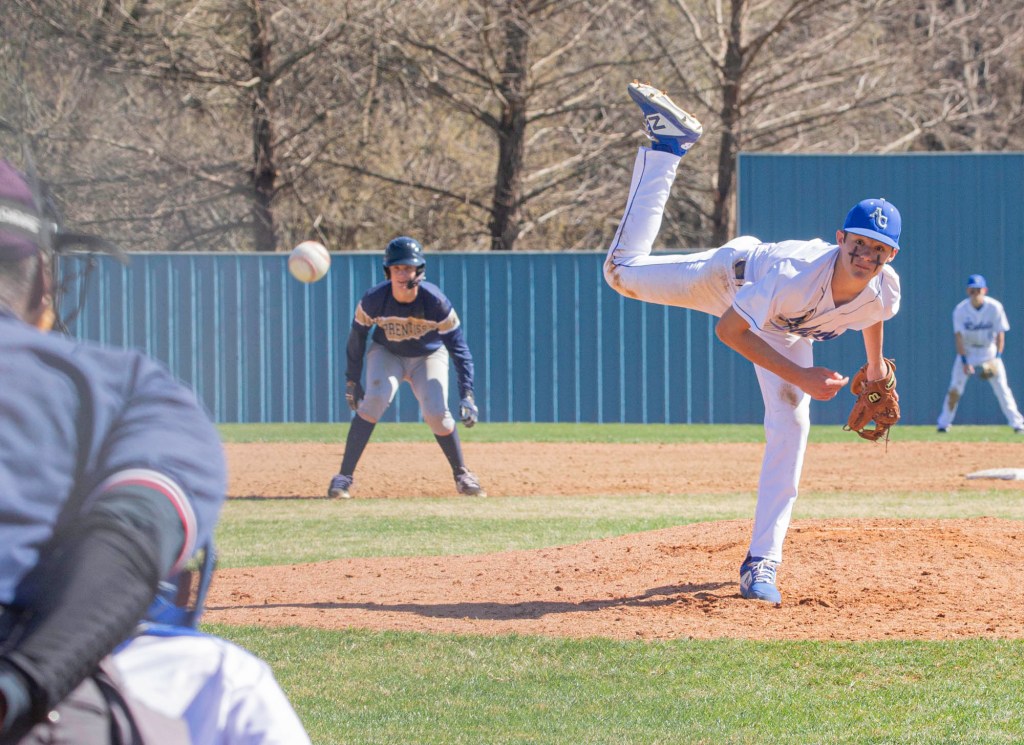 Coleman Carter throws a pitch against Prentiss Christian on Saturday. Carter struck out seven batters in three innings against Bogue Chitto as the Rebels won 10-9 on Tuesday. (Bill Barksdale For The Natchez Democrat)

Cotten gave up five runs, only one of them earned, with two strikeouts and two walks. Starting pitcher Coleman Carter went three innings and gave up no runs while striking out seven batters.

“I’m proud that they won. They won at the end. But we’ve got a lot of work to do,” ACCS head coach Jake Winston said.

Even though the Rebels scored in every inning except the bottom of the third inning, they only had six total base-hits. LaPrairie went 2-for-4 with a double and one run scored to go with his three runs batted in. Cotten helped his own cause by going 2-for-4 with three runs scored.

As for the performance of Carter and Cotten on the mound, Winston said, “They got there and they competed. It seemed like every inning we competed with runners on and they got out of those jams. You really find out (who) you are with runners on. We stranded a lot of runners. They battled for their team and I was proud of their effort.”