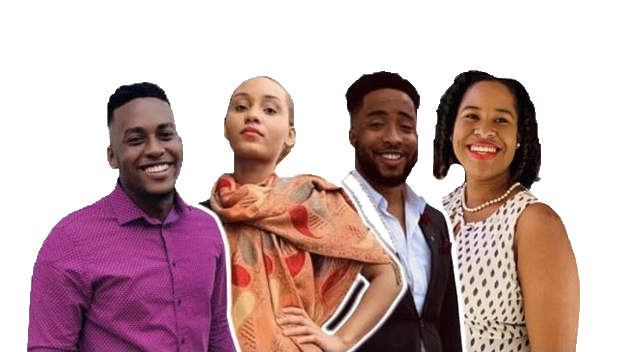 From left, David Gilzene, Ashley-Gaye Palmer, Antoin Marshall and Christine Thomas of Alcorn State University in Lorman will all be singing in a spiritual concert this weekend at First Presbyterian Church of Natchez accompanied by Jason Lawrence on piano. (Submitted photo)

NATCHEZ — First Presbyterian Church of Natchez is celebrating Black History Month with a concert this weekend just a little behind schedule after the tragic loss of their music director and pianist, Jon Gates.

The concert was intended to close out Black History Month on Feb. 28, but was delayed when Gates — who was meant to accompany Jamaican students of Alcorn State University in Lorman — died unexpectedly Feb. 20 at his home in Natchez at age 57. Instead, the students of Alcorn will perform at 5 p.m. Sunday and are dedicating their evening of song to Gates, Rev. Joan Gandy said.

“They have greatest love and respect for (Gates) and his leadership and tutoring during this past year,” she said. “He was to have accompanied them for this concert. The singers have asked Jason Lawrence, also from Alcorn State University, to play for them.”

Performers this weekend include David Gilzene, Ashley-Gaye Palmer, Christine Powell-Thomas and Antoin Marshall accompanied by Lawrence — who will be taking Gates’ place at the piano.

Gates, an accomplished musician, grew up in Hattiesburg where he began piano lessons at the age of five and organ at the age of eleven, his obituary said.

He graduated from Hattiesburg High School in 1981, then attended the University of Southern Mississippi and earned his Bachelor of Music with an emphasis in Church Music. Jon has served United Methodist, Episcopal, and Presbyterian churches as an organist and choirmaster in Gulfport, Ocean Springs, Jacksonville and St. Augustine and began leading music at the First Presbyterian Church of Natchez last year.

“We did love Jon and appreciated everything that he did for us,” Marshall said. “He would not have wanted us to cancel the concert completely. That is why we’re choosing to honor his wishes by continuing the concert.”

Powell-Thomas said Gates was not only talented musically but had a warm and selfless personality.

“He was always kind and always looking out for others,” she said. “He was selfless and very talented and very selfless with his talent.”

Marshall and Powell-Thomas said they’ve worked closely with Gates for a little over a year beginning when Gates became a music director at First Presbyterian.

“Jon really stood out in terms of the way he played, especially with the organ,” Marshall said. “It was almost as if he possessed it. It was amazing to work with him.”

Marshall said the concert will be an hour long and consist of spiritual songs written by black composers in recognition of Black History Month, including “My Lord What a Morning” and “Stand Still Jordan” among others.

“Most of them will be singing songs that the slaves used to communicate with each other,” he said. “Songs that brought hope to the slaves when times were hard.”

Because the singers are all from Jamaica, they will also be singing a Jamaican spiritual song in their native dialect.

The song, which translated is called “bright soul, why did you turn back,” speaks to an individual with a bright soul on their Christian journey turning from their spiritual beliefs, Marshall said.

Powell-Thomas said at first the group wondered if the event should have been canceled but decided Gates would want the concert to go on.

“We know that he would have wanted us to do it because he loved hearing us sing and would always encourage us,” she said.

The event will be live with COVID-19 precautions in place and will also be streamed virtually through the church Facebook page.

“I encourage everyone to tune in and see what we’ve prepared,” Powell-Thomas said. “I know everyone will enjoy it.”