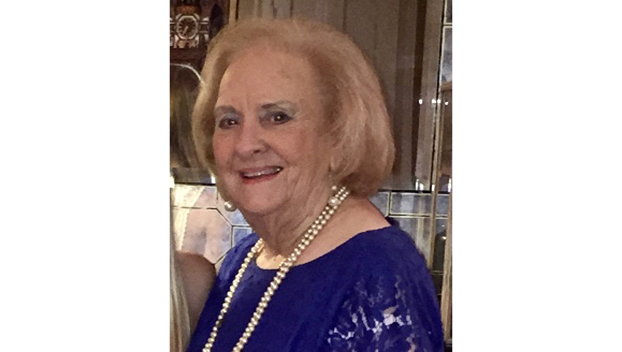 Our Merciful Lord welcomed his daughter, Hazel Ferrell, into his loving arms on Thursday, March 11, 2021, two weeks after her 96th birthday.

Visitation will be Tuesday, March 16, from 10 a.m. to 1 p.m. at Laird Funeral Home.  Due to COVID restrictions, there will be no church service, and a family burial will take place at a later time.  The family also asks that all be COVID responsible and observe social distancing practices with “air hugs” and well wishes only.

Hazel was born February 22, 1925, in Brandon, Mississippi, one of five children to the late Charles Nolan and Ertie Rosalie Hampton.

She was preceded in death by her husband, both parents, three sisters, one brother, one daughter, and one daughter in law.

Hazel attended First Baptist Church of Natchez for 75 years where she taught Sunday School for 29 of those. She was often seen sitting on the same pew in the same seat every Sunday. A lifelong member of the Pilgrimage Garden Club, she was also a member of the “Friends of Five-0,” the “Newcomers Club”, and “Bunco Krewe” of Natchez. She was active in many other organizations throughout her years in Natchez as well.

Everyone who knew Hazel, affectionately known as “Memsie” to her grandchildren and great grandchildren, knew that she lived her life “her way” and to the fullest! She was an army wife, Sheriff’s wife, mother, grandmother, great grandmother, sister and great friend to all! You could hear her sweet voice, see her bright colored clothes and smell her delightful perfume a mile away! She was faithful, loving, caring, gentle, determined, and strong. She was often the “life of the party“and spread sunshine wherever she went! She was very social so never met a stranger! She was known for her love of prosecco and spent her last birthday toasting drivers as they paraded by honking with birthday wishes!

When her granddaughter asked her to write something that she would love to hear others say about her journey after her passing, the following is what she wrote:

If I have lifted someone’s burdens, my life has been well spent;

If I have broadened a perspective, I have inspired a good intent;

If I have shared the job of learning, I have expanded some young mind;

If I have taught appreciation for life of every kind,

If I have left lasting impressions on the pathway I have trod;

Then with joy I will answer roll call and grasp the hand of God!

In lieu of flowers, the family asks that you make a donation to your favorite charity in her name.