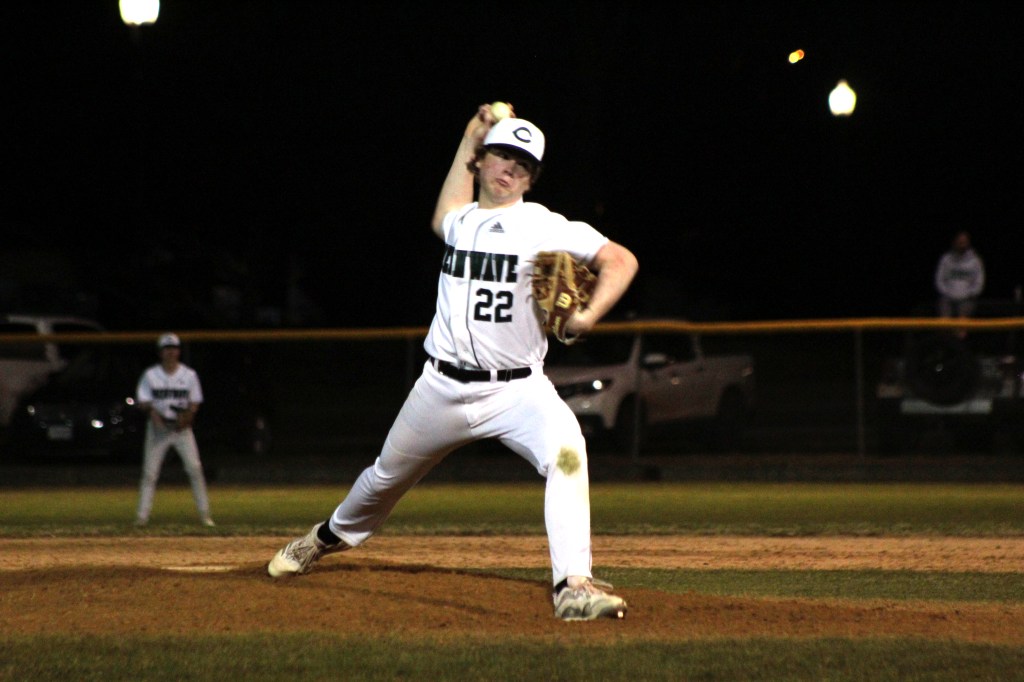 Jake Hairston throws a pitch in a game against Brookhaven Academy on March 9. Hairston had a hit and two RBIs in the second game of the Green Wave's double header with BA. The Green Wave will play their first game of the Vidalia Viking Invitational against BA Thursday at 5 p.m. (Hunter Cloud The Natchez Democrat)

Brookhaven Academy swept Cathedral a week ago in their series double-header and the two teams will meet again on the diamond in the first game of the Vidalia Viking Invitational hosted by Vidalia at the Concordia Recreation District 3Park Thursday night.

First pitch for the game is at 5 p.m. Green Wave Head Coach Craig Beesley said his team is focusing on competing when they take on the Cougars. BA scored 30 runs in three games against Cathedral while the Green Wave only scored 10.

Cathedral (7-3) is scheduled to play Brookhaven Academy (6-5) on Thursday night, and Presbyterian Christian (9-3) on Saturday afternoon of the tournament in Vidalia.

Cathedral had a week off for spring break, he said. Disruptions to the season are not anything new he said. Early in the season there were rainouts and an ice storm where the team was unable to play or practice for seven to 10 days, he said.

Severe weather dumped about 2.08 inches of rain on Concordia Parish and Adams County on Wednesday a day before the tournament. He said he hopes the field will be in playable condition Thursday night.

“They will come back ready to play and we will compete tonight,” Beesley said. “We will get ready for next week.”

Green Wave’s district game against Oak Forest will be Monday will before they travel to Oak Forest for a varsity double header Friday night.