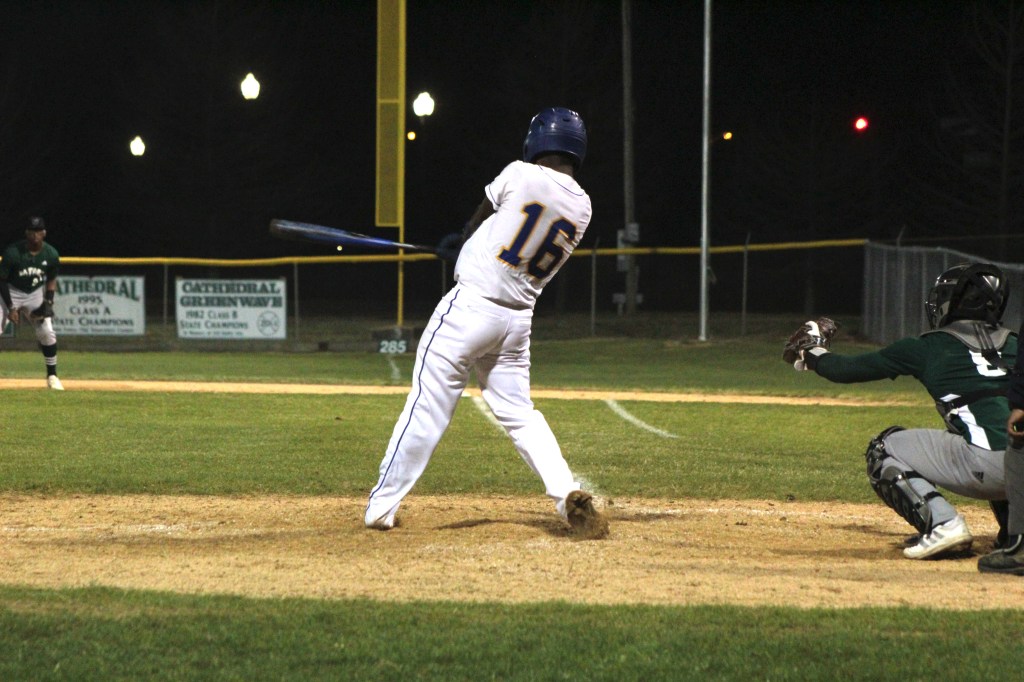 Trevon Henry swings the bat in a game against Vicksburg. Henry had an inside the ball park home run against Forest Hill on Thursday as Natchez won 17-1. Coach Smith was not at the game because he is in quaratine, but assistant Kevin Campbell took the reigns. (Hunter Cloud The Natchez Democrat)

JACKSON — Trevon Henry and Lionell Minor each hit inside-the-park home runs as the Natchez High School Bulldogs took advantage of a multitude of errors to defeat the Forest Hill High School Patriots 17-1 in the three innings last Thursday afternoon in their MHSAA Region 6-5A opener.

Trylon Minor was the winning pitcher for Natchez High as he went all three innings, holding Forest Hill to one run on one hit with eight strikeouts and just one walk.

“He did well. Threw strikes. He did what we asked him to do,” Bulldogs assistant coach Kevin Campbell said. “He did a good job keeping the ball around the plate, and close enough to where strikes could be called and where Forest Hill’s batters couldn’t hit it.”

Henry set the tone for the game with his lead-off inside-the-park home run in the top of the first inning. The Bulldogs added two more runs in the frame to take a 3-0 lead.

“I believe we did a good job putting the bat on the ball. The only thing that concerned me was we got a little antsy and swung at a few bad pitches,” Campbell said. “Our speed on the base pads led to a few errors. It also forced their players to get out of position.”

As a team, the Bulldogs had 10 total base hits while the Patriots committed an astonishing 20 errors. Dekaron McGruder went 3-for-5 with a double and a triple while Henry was 2-for-4 with a double to go with his home run. Trylon Minor helped his own cause by going 2-for-4 at the plate.

“Overall, I’m very pleased with how we made contact. We forced their catcher to communicate with their other players,” Campbell said.