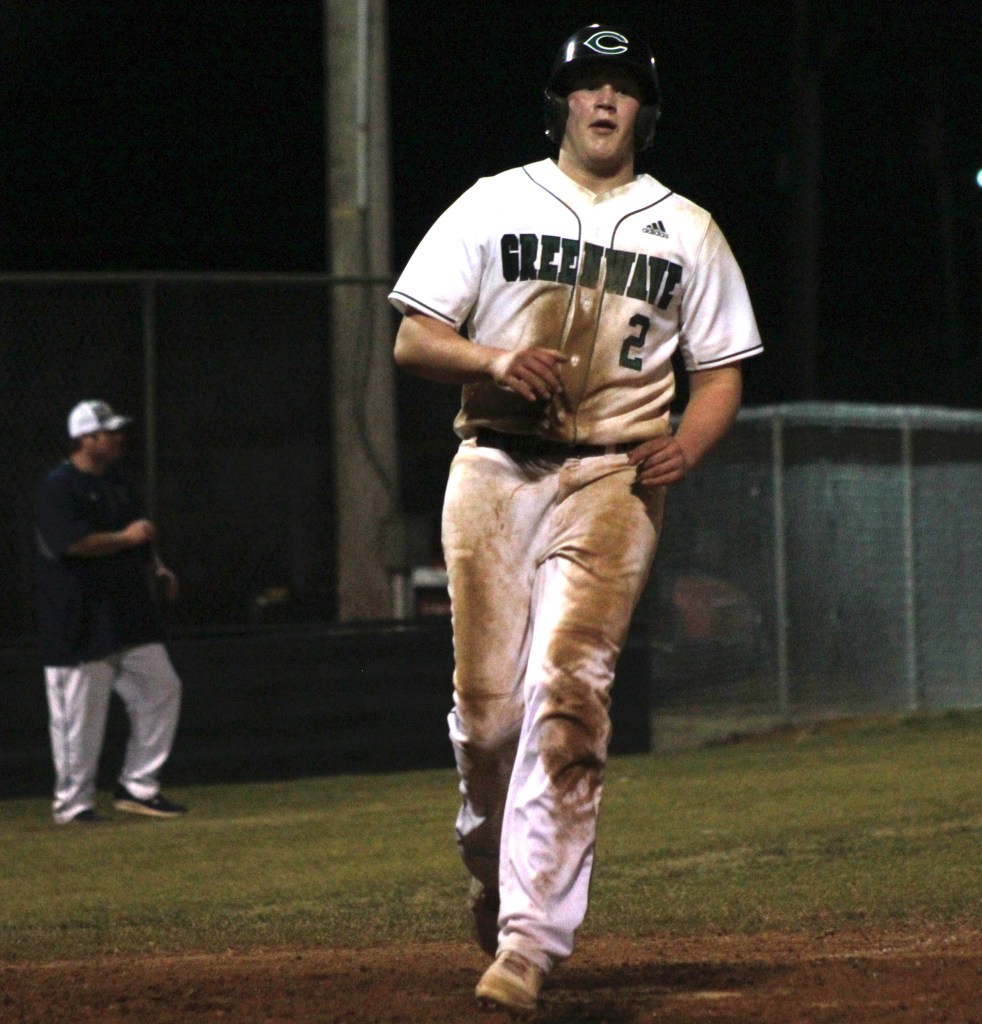 Tanner Wimberly trots home in a game against Bogue Chitto on February 25.He led Cathedral with two hits in the Green Wave loss to Brookhaven Academy Thursday night. After taking the lead in the sixth inning with four runs, the Cougars fought back to walk it off in the seventh inning to win 5-4. (Hunter Cloud The Natchez Democrat)

After taking the lead in the sixth inning, Cathedral was unable to keep Brookhaven Academy from mounting a comeback to win 5-4.

Head coach Craig Beesley said he was proud of the way his team competed in the first game of the Viking invitational. It was difficult to watch the Cougars make a comeback and walk it off in the seventh inning, he said.

“It was a tight game all the way through,” Beesley said. “A good team is able to come back and score against you after you put up a lead. I thought we fought pretty well.”

In the batters box, the Green Wave were much improved with four hits, he said. Tanner Wimberly led Cathedral with two hits and Jacob Smith had two RBIs. Competing to the end of the game was all he wanted to see, he said.

“We need to have a good week against Oak Forest,” Beesley said. “That is what our focus is right now.”