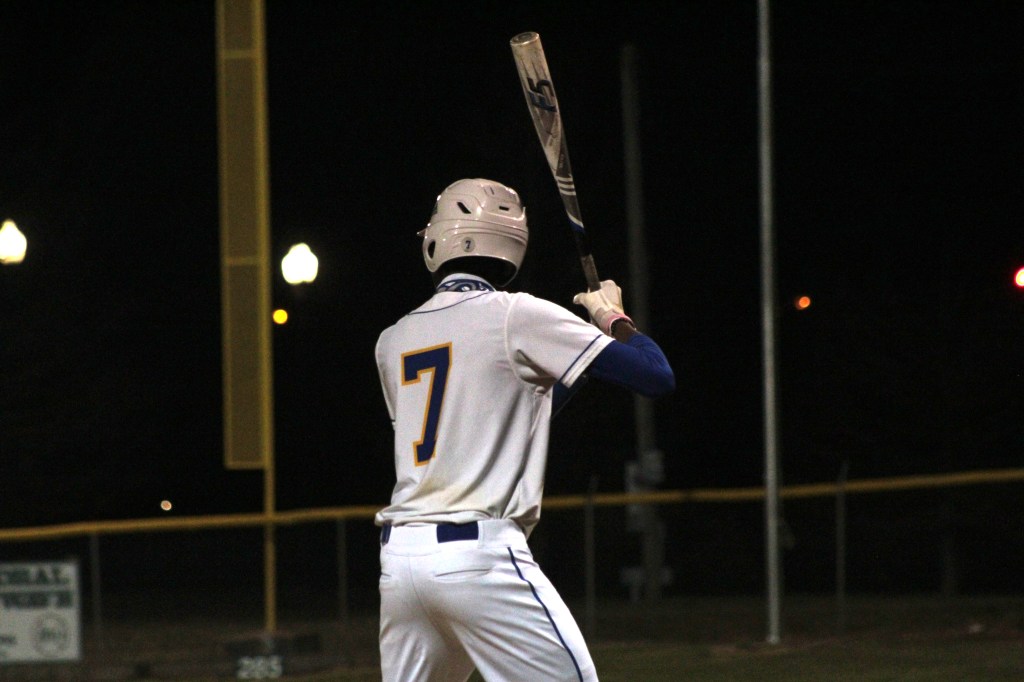 In Natchez's game against McComb Dekaron McGruder was 1-for-3, was hit by a pitch, scored two runs, and have five of the Bulldogs’ 12 stolen bases. The Tigers won 15-8 on Saturday. (Hunter Cloud The Natchez Democrat)

Edric Spurlock pitched four solid innings while Cor’tillius “Hurricane” Nicholas and Kilaryn Young each had big base hits for McComb High School in the top of the seventh inning as the Tigers held on for a 15-8 win over the Natchez High School Bulldogs last Saturday afternoon at Chester Willis Field.

With McComb getting timely hits and taking advantage of 10 Natchez High errors, the Tigers built a 9-0 lead by the time the top of the fourth inning was over. They still led 9-1 before the Bulldogs struck for five runs in the bottom of the fifth. They were able to run Spurlock out of the game during that frame. Trevon Henry had the big hit for the Bulldogs with a double.

“We made too many mistakes. Too many reaching plays. We’ve got to clean that up,” Bulldogs assistant coach and interim head coach Kevin Campbell said.

Spurlock ended up allowing four runs, three of them earned, on four hits with seven strikeouts and no walks over four-plus innings. Jer’Tavis Magee came on in relief and gave up two earned runs on one hit in just two-thirds of an inning.

Tyler Seals ended up closing the game for McComb and ended the Bulldogs’ rally to keep the Tigers in front 9-6. Both teams scored two runs in the sixth inning to make it an 11-8 game before the Tigers struck for four runs in the top of the seventh, highlighted by doubles from Nicholas and Young. Nicholas was 2-for-4 with three RBIs and two runs scored while Young was 2-for-4 with two RBIs and three runs scored.

Campbell said he was proud of his team’s resilience after getting into such a deep hole, but he would rather see it get out to early leads, instead.

Jwun Mackey got the start for the Bulldogs and he gave up 11 runs, only two earned, on six hits with two strikeouts, one walk and two hit batters. Jaylin Davis pitched the seventh inning and allowed no earned runs on two hits and two walks.

Devin Winchester went 2-for-3 with three RBIs and three stolen bases. Dekaron McGruder was 1-for-3, was hit by a pitch, scored two runs, and have five of the Bulldogs’ 12 stolen bases.

The loss put Natchez High at 5-3 overall. The Bulldogs were scheduled to host Jim Hill High School for an MHSAA Region 6-5A varsity doubleheader last Tuesday afternoon, if the weather permitted.

“Right now, we’re still planning on playing. The rain is supposed to come in at 9, 10 in the morning. We’ll make a decision by noon. Just waiting to see what the weather does,” Campbell said.