‘When was it built?’ Science used to determine age of historic buildings 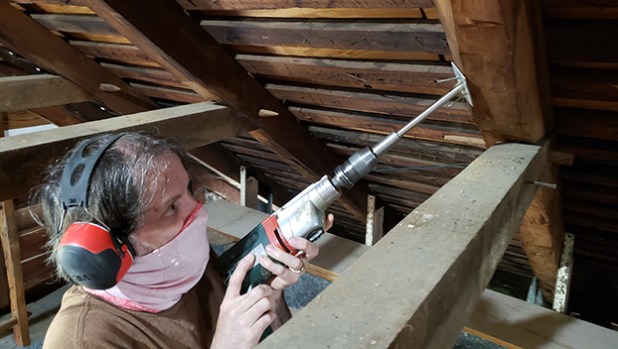 Mick Worthington, dendrochronologist, uses a technique called "tree-ring dating" to determng the year historic wood structures were built. This technique was used in the attic of the historic Propinquity house on Powlett Road in Adams County on Monday. (Sabrina Robertson / The Natchez Democrat) 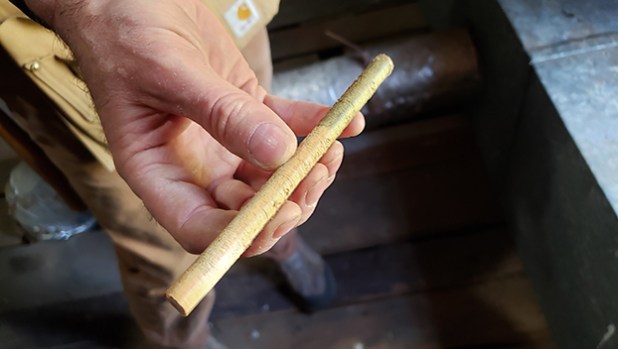 A wooden cylinder cust from one of the beams in the attic of the historic Propinquity house in Adams County will be used to help determine the year the house was built. (Sabrina Robertson / The Natchez Democrat) 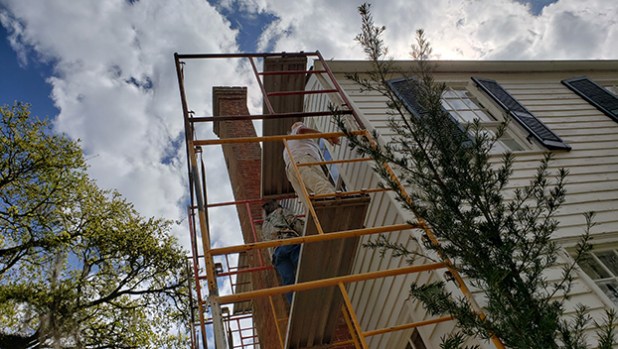 NATCHEZ — Despite the many historic homes in Natchez and Adams County, more than a dozen of those have owners and historians scratching their heads trying to figure out when they were built.

Carter Burns, executive director of the Historic Natchez Foundation, said the foundation has previously used archives and land records to date some houses, including Propinquity, located off Powlett Road in Adams County.

“In the case of Propinquity, we know it was built sometime in the late 1700s to early 1800s but we don’t know exactly when,” Burns said.

Propinquity was previously owned by the Benoist family before its new owners, Brian Rutledge and Robb Gray, bought the house last year and started restoration work.

To better tell the most accurate story of the homes, Burns said Dendrochronologist Mick Worthington, a native of England, came to Natchez from his home in Baltimore, Maryland, to collect wood samples that will hopefully help him determine what year the house was built.

A dendrochronologist is one who uses the scientific method of dating tree rings to calculate the age of wood.

Worthington has lived in the States and worked as a career dendrochronologist since 2010.

“We’re using a technique called tree-ring dating, which is where we take samples out of the building, measure the rings very accurately and the tree rings record the climate the tree was growing in,” he said.

“Every tree growing in the area during that particular time period will pick up a similar record,” he said. “We have a set of dates for tree-ring data and if this matches it we can transfer the date from that sample to this building and say when this building was built, which was within six months to a year of those trees coming down.”

Worthington took a drill to cut out cylindrical wood samples from original wood beams in the attic of Propinquity. Worthington said he chose the attic so that the appearance and integrity of the house would not be affected and also because there is a lot of space to work with and plenty of wood beams that could be part of the original structure.

Multiple samples are collected, so if one sample is no good, it another can be used instead, he said.

If the samples yield multiple dates, then the later date could be part of a reconstruction of a piece of the house.

Worthington has a wide range of experience working on historic buildings from Virginia, Maryland and Massachusetts to California and also at Windsor Castle, Westminster Abbey, and the Tower of London in England.

However, this is Worthington’s first trip to Natchez, which makes finding enough tree-ring data to date the buildings a bit trickier, he said.

Worthington said he plans to spend about a week collecting samples and then could spend another month or two in the lab before dates could be matched to the samples.

Burns said Worthington will widen his pool of samples by visiting other houses in Adams County throughout the week, including Hope Farm, Richmond, and Roseland — and hopes to be able to date them as well.

“There are few people who do what he does and we’re very fortunate to have him here,” Burns said.