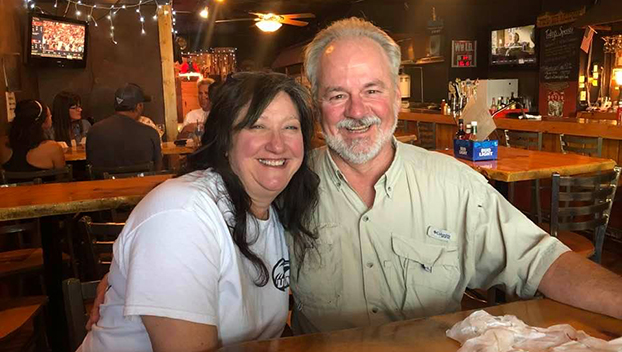 NATCHEZ — Many were saddened by the loss of a long-time Natchez chiropractor who was active in his community, Dr. Rick Maxwell, when he died unexpectedly on March 6 at the age of 67.

He practiced at Maxwell Chiropractic Clinic on John R. Junkin Drive with the help of his wife of more than 30 years, Beanie Maxwell, who assisted him in his office.

“It was wonderful,” Beanie said of working with her husband. “We worked together for 32 years. We loved it and didn’t know any different. We were together 24-7.”

Rick and Beanie Maxwell have one son, William Maxwell, who is studying at the University of Louisiana at Monroe in toxicology.

Maxwell was loved by his patients.

“This is not only shocking but it’s heartbreaking,” Adams County Coroner James Lee said soon after Maxwell died.

Lee said Maxwell was not only his chiropractor but also his friend.

“He will be truly missed. Rick was very understanding and had wonderful bedside manners.”

Tony Byrne, another patient of Maxwell’s, said Maxwell always had something witty to say to help his patients feel at ease and forget about whatever pain they were in.

“Rick helped me through quite a few injuries over the years and we became friends,” Byrne said, adding it was not uncommon for Maxwell to become good friends with his regular patients.

Whenever Byrne visited, he said Maxwell would often be talking to one of his other patients like they were lifelong pals.

“He was a good guy and was always fun to be around,” he said. “He made it fun to go there even if you were in pain.”

Maxwell has practiced chiropractic care in Natchez for 42 years.

Beanie said Maxwell was a Jack-of-all-trades and “knew a little about everything.”

“He could work on a car or a patient,” she said.

Beyond his work as a doctor, Maxwell also volunteered with the former Trinity Episcopal School while William attended school there. He became a board member at Trinity and also led the Boy Scouts of America Troop 168 with his friend Ricky Warren.

Warren said Maxwell was a natural outdoorsman and a true marksman, winning multiple competitions with a rifle.

Maxwell also took the scouts to his hunting camp to teach them survival skills where the boys had to build their own overnight shelter and stay in it.

“He would teach them how to cook and take care of themselves in the woods and how not to rely on their cell phones. He was good at that,” Warren said.

Warren recalled a memory when Maxwell and he climbed up the Cold Mountain trail while the scouts were staying near the trailhead at Camp Daniel Boone in North Carolina.

Warren guessed the two of them walked 10 to 15 miles to the overlook and back again along a trail that zig-zagged its way up the mountain.

“We started at 9 a.m. thinking we’d be back down for lunch but wound up making it back at 4 p.m. just in time for supper,” he said. “We had a great time but once was enough. We rested the next day. … He was a great friend and a great guy all around. My heart goes out to his family. I just can’t believe he is gone.”

William said he would cherish the memory of his dad and him spending quality, bonding time together on vacation in Dallas while Beanie was on a mission trip in Haiti in 2018.

“I’m proud to have had him as my father,” William said. “Growing up, I always thought he could do anything. I struggle to think of anything he couldn’t do.”