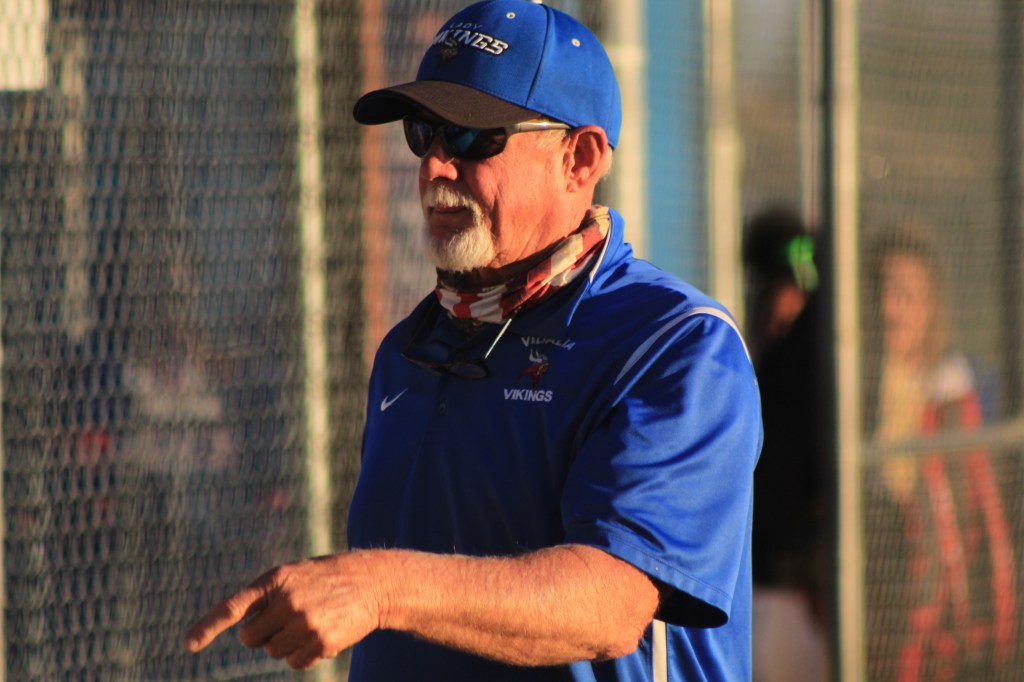 Forrest Foster was a softball coach, a grandfather and a small business owner in Miss-Lou. He was a Natchez native and died at the age of 69.

Vidalia led by just one run in the sixth inning as the sun set behind the right field wall after they allowed Block high school to comeback from an 11-2 deficit to make the game 12-11.

Viking head coach Forest Foster said a lull in the third inning by his team allowed Block to come back but the Vikings were able to recapture momentum in the bottom of the sixth inning. Scoring two runs in the sixth the Vikings won 14-11 Monday evening.

“We made some really good plays tonight. We hit the ball well,” Foster said. “It worked out fine. I was real pleased with the girls. It is tough to beat a team the second time the same way you beat them the first time.”

The Vikings blew Block out 17-2 on March 25, so it was going to be hard for his team to have the same level of intensity, he said. Like the baseball team at Vidalia, Foster said his team is really young. When the team starts to lose composure he tries to be jovial with them to get the team to calm down, he said.

It is not the overall outcome of the game that he is concerned about, he said. As long as his team never quits competing, that is all he cares about, he said.

“They are growing every ball game, they are learning,” Foster said. “(They) are learning to compete from the first inning to the last inning. It is not about the overall outcome of the game. It is about how you compete. If you learn to compete then the wins are going to pile up.”