Transforming the course at Duncan Park 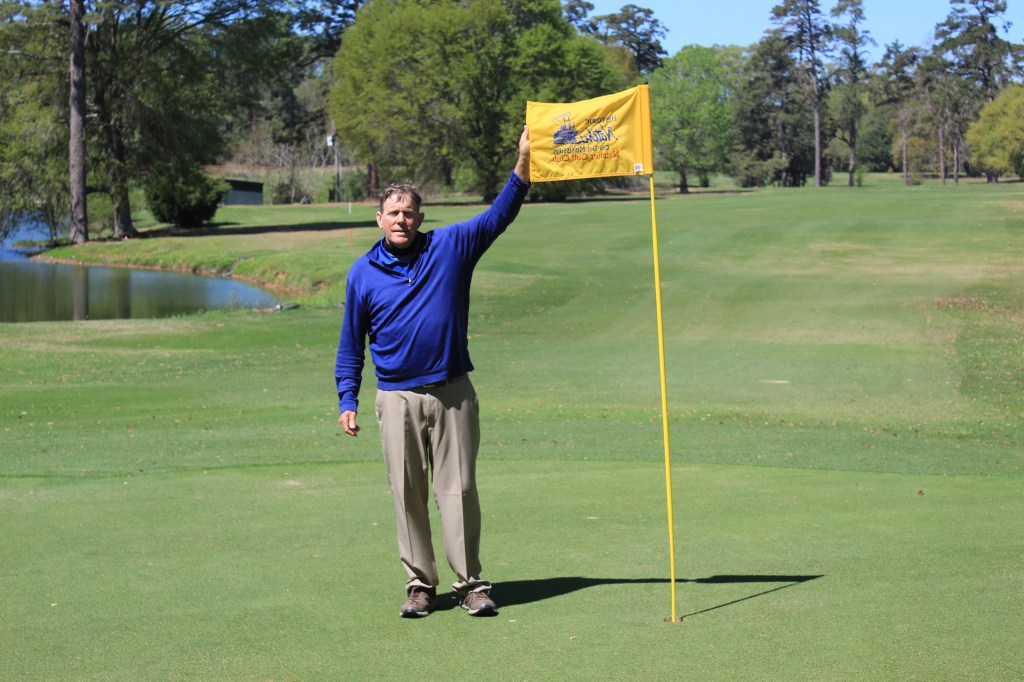 Greg Brooking serves as the golf course superintendent at Duncan Park and is working to get it ready for the Chamber of Commerce Tournament. (Hunter Cloud The Natchez Democrat)

When Greg Brooking was a kid, he said the rule for playing the then nine-hole Duncan Park Golf Course was to move the ball until you found grass.

Now, fresh emerald green grass sprawls down the fairways to greens, Spanish moss hangs off the tree limbs as azaleas and tulips bloom. One golfer quipped the course “rivaled Augusta,” where The Masters is played every April.

Until Brooking came to Duncan Park, there was never a certified golf course superintendent managing the course, he said.

He graduated from Louisiana State University with a degree in botany, and has spent the last 34 years working as a superintendent of golf courses in Mississippi. In 2012, he came to Duncan Park and made it his goal to make it one of the best municipal courses to play in Mississippi, he said.

“I love this job. I love taking care of golf courses. I always have,” Brooking said.

With azaleas blooming all over the course, he said it adds an explosion of color to the green pine and oak trees and grass. The look he wants for the course is to be green, and to have a smooth playing surface.

February’s winter storm left limbs down on the course, but Brooking and his staff of four continue to work to keep the course in majestic, playable condition.

He said he hopes to have the limbs cleared by the time the Chamber of Commerce golf tournament tees off April 9. If a golfer does play a ball into an area with downed limbs, they will get a provisional drop due to the ground being under repair. Currently, one of his biggest challenges is waking up the dormant Bermuda grass that carpets the whole course before the  tournament. He also has to make sure all of the grass is mowed and the greens have a faster, smoother surface, he said.

Green speeds are determined by rolling a golf ball down a stimpmeter and measuring the distance, the ball rolls in feet. On a normal day, the greens roll around a 7 or 8, he said. For the tournament, the speed will be picked up to 9 to 10 feet.

Greens are cut shorter than fairways, which is why it takes longer and more care for the greens to become green, he said. Each year, he said he maintains a high level of potassium in the soil and the potassium is what the roots need to maintain their carbohydrate reserve.

He said he has the soil tested annually for its ph level, he said. Typically, the ph of the soil is at a 6.5 to a 6.8, he said. The high level of potassium is what makes the fairways so emerald green, he said.

The golf course is a 6,320-yard, 71 par. On a daily basis there will be six easy holes, six medium difficulty holes, and six difficult holes. Depending on the wind direction and speed, the tee boxes will shift instead of the pin locations, he said.

In the tournament, golfers will tee off from the middle tees instead of the back tees, known as the tips, where the pros will play in their tournament at the park, he said.

The tournament is a four-player scramble with a shotgun start, meaning teams will start at the same time from a different hole.

Weather stands between Brooking and getting Duncan Park ready for the tournament. Rain makes maintaining the course hard because the course becomes wet and muddy. Rain washes sand out of the bunkers and grass continues to grow with no way to cut it, he said.

While some bunkers at courses across Mississippi struggle to keep sand because of rain, Brooking said he figured out a way to keep the sand from washing away, and keeping the bunkers playable in the process.

“We work very diligently to prevent this wash that we have,” Brooking said. “While playing in Scotland I watched them stack sod on the face of the bunker and it seemed to keep the bunker face clean. It also kept soil and dirt from washing into the bunker. I take sand bags full of clean sand and I put them against the dirt. Then I push the sand over the sand bags.”