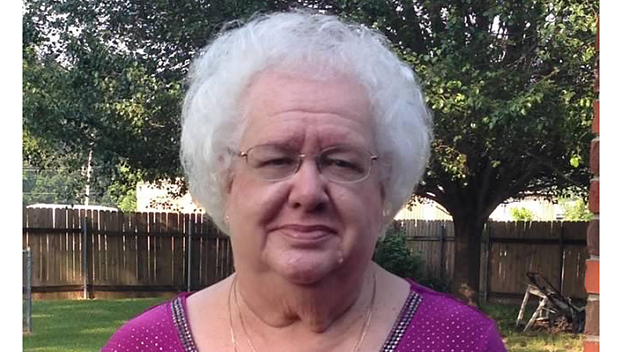 Services for Margaret McDaniel Harveston of Natchez, who passed to her heavenly home on March 30, 2021, at her residence, will be at 11:30 a.m. Tuesday, April 6, 2021, at Parkway Baptist Church with Bro. Russell Wagoner officiating.
Burial will follow at the Natchez National Cemetery under the direction of Laird Funeral Home.
Visitation will be from 5 p.m. until 8 p.m. Monday, April 5, 2021, and from 10:30 a.m. until the time of the service Tuesday, April 6, 2021, at the church.

She was a lifelong resident of Adams County who served her Lord as secretary at West Side Baptist Church and her community at the Natchez Senior Citizen Center.  God blessed her with a heart of love. She loved people and would always go to great lengths to help them any way she could. “Big Mama,” as she was affectionately known, especially loved her family and her grandchildren and great-grandchildren.
She was preceded in death by her husband, Lewis I. Harveston, Jr.; son Lewis Bruce Harveston; her parents; brothers Claude McDaniel, Edward McDaniel, Jack McDaniel, and Jerry McDaniel; brothers in law Billy Ray Harveston, and Gene Harveston; and sisters-in-law Joan McDaniel, and Bronice Harveston Heckford.

Memorials may be sent to Natchez Senior Citizen Center at 800 Washington Street, Natchez, MS 39120 or Home with Heroes at homewithheroes.org.
Online condolences may be sent to the family at lairdfh.com.