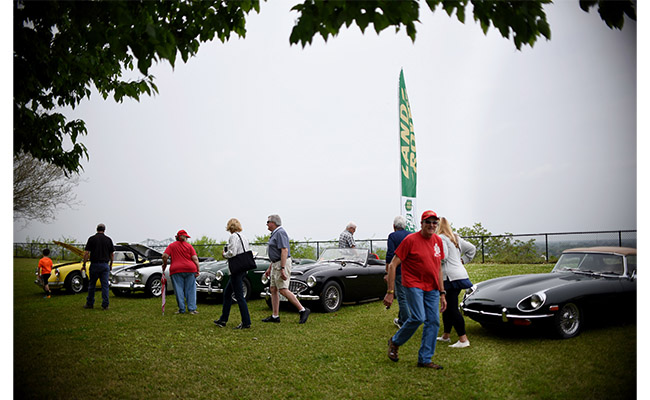 People walk through and look at cars during the 2019 Euro Fest Classic European Auto & Motorcycle Show at Rosalie in Natchez. (File Photo | The Natchez Democrat)

NATCHEZ — Due to the likelihood of inclement weather this weekend, the Natchez Euro Fest has been moved to April 17, said Mike Marsh, producer of the annual car show.

“The schedule will be the same, just one week later,” Marsh said.

On Friday, April 16, automobiles will depart from Memphis, New Orleans, Jackson, Baton Rouge, and Shreveport to meet up at the National Guard Armory on Liberty Road at approximately 5 p.m. to drive caravan-style to the festival grounds outside of Rosalie.

The car show starts at 10 a.m. the following day and is free to both exhibitors and spectators, thanks to the generosity of the show’s sponsors, Marsh said. Food and drink will also be available for purchase, he said.