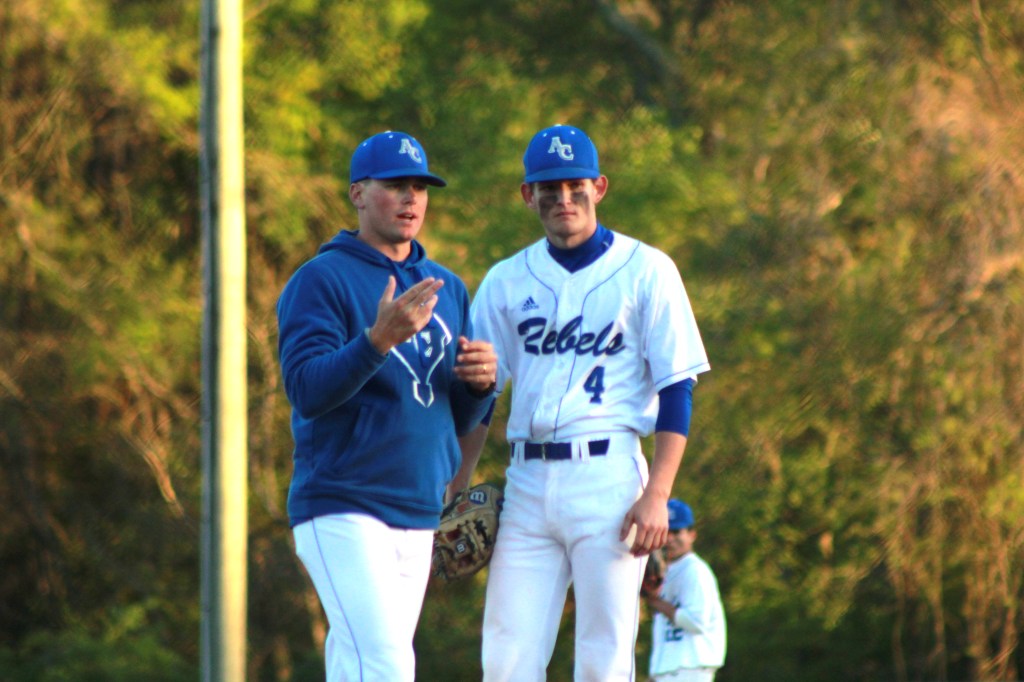 ACCS head coach Jake Winston talks to Tripp Cotton in a game against Oak Forest on April 1. The Rebels had 10 or 11 errors in their 16-2 loss to Silliman Institute Tuesday. (Hunter Cloud The Natchez Democrat)

A change in the schedule proved not to be a good thing for the Adams County Christian School Rebels as they dropped the first game of a three-game series with MAIS District 4-4A for Silliman Institute 16-2 in four innings Tuesday night.

ACCS was originally scheduled to host the Wildcats for a junior varsity and varsity tilt Tuesday and then travel to Silliman for a varsity doubleheader on Friday. Instead, the locations of those games were completely switched.

Not much went good for the Rebels on the road. They had just three base hits and made a slew of mistakes. The only bright spot was a double by Tyson Young.

“We threw four or five guys out there (on the mound),” Rebels head coach Jake Winston said. “We made some costly errors. We had 10 or 11 errors.”

The Rebels were coming off a sweep of Oak Forest last week. ACCS (10-6, 3-4) will look to avenge that loss when it hosts Silliman Institute for a varsity doubleheader at 4:30 p.m. and 7 p.m. Friday night.