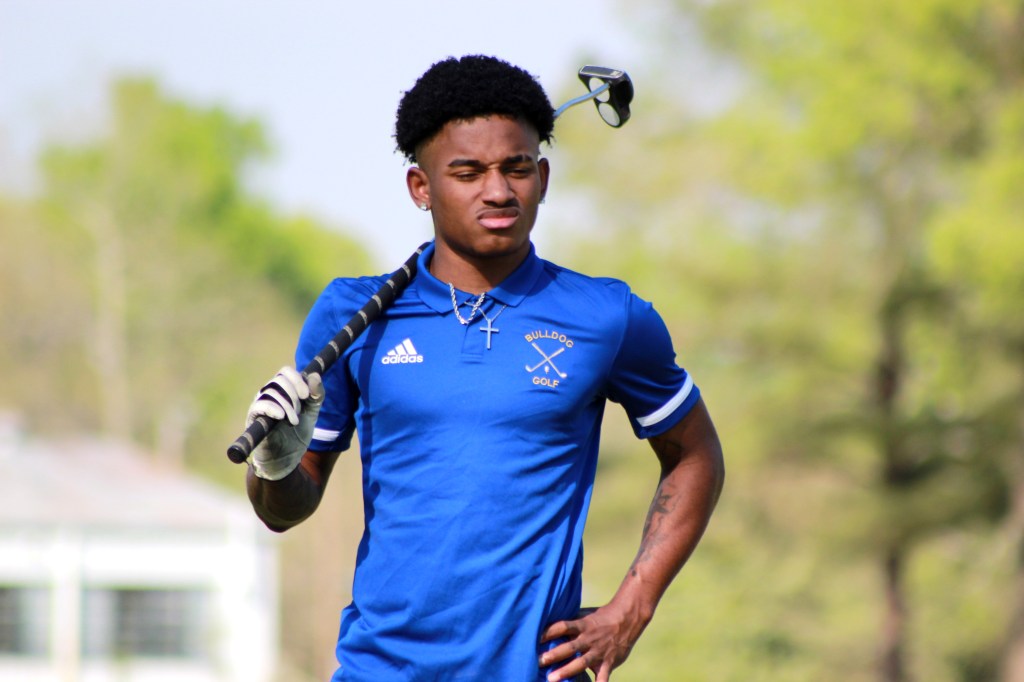 Dionte Thomas is a senior who played basketball at Natchez High School. His middle school basketball coach convinced him to give golf a try this season. (Hunter Cloud The Natchez Democrat)

He said he watches players like Stephen Curry and Patrick Mahomes play golf because they remind him more of himself. He played basketball for Natchez High School this season.  There is a difference mentally between golf and basketball, he said.

“You have to be more focused when it comes to golf,” Thomas said. “There is no taking your focus away like you can in basketball. If you lose focus for a second, the ball is not going where you want it.”

He joined the team last year because he always wants to try new things, he said. COVID cut the season off before it ever began, so he had to wait almost a whole year to practice more. He said he might have played a couple of games over the summer, but he got into the game this season.

Golfer Pete Pal saw Thomas on the driving range and gave him some help with his swing, Thomas said. He used an eight iron during his time practicing with Pal because the club is what Thomas is most comfortable with, he said. He said it is his favorite club to use.D

He said he feels way better now than when he started. He used to make double bogeys and higher, but now he is putting better and making bogeys and pars, he said. Thomas uses a belly putter— a belly putter has a longer shaft that goes into the belly— as a regular putter without holding it against his stomach, Bellar said.

Thomas said the highlight of his year was a match he played with Cathedral’s Chase Kaiser because he is one of the best golfers in the state.

“Playing against him and seeing the way he does everything. The way he lines up the ball, the way he puts, the way he gets on the green fast,” Thomas said.

Playing basketball and baseball requires a lot of strength, he said. His golf swing is all about technique and finesse, he said. Learning to control the power in his golf swing has been a learning curve, he said. Playing golf is also fun, he said.