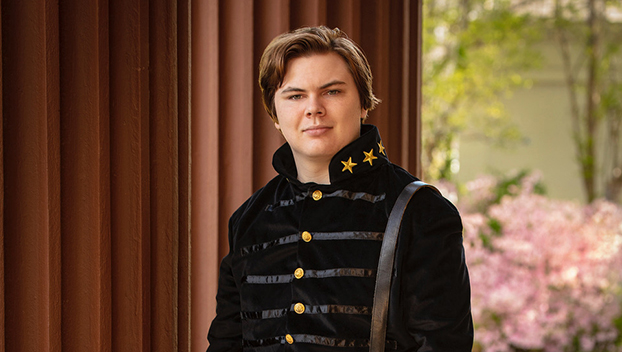 The 2021 Natchez Garden Club King said he has seen almost every part of the annual Natchez garden club pageant in which local cast members act out scenes from Natchez history, whether he was at the center of the city auditorium or working backstage.

The reigning king, Bill “Beau” Stahlman Jr. is the son of Robin Stahlman and Bill Stahlman Sr. and the grandson of Jacquelyn Stahlman, Anna and Wesley Bruce and the late Tommy and Wanda Faye Loyed.

He studies online classes at the University of Southern Mississippi while working part time at Bluff City Bowl in Natchez. He is currently majoring in computer science with a second passion for creative writing. Stahlman’s goal since he was very young is to one day write storylines for video games, he said.

Born and raised in Natchez, Stahlman graduated from Adams County Christian School in 2018 and has been actively participating in Spring Pilgrimage events from the time he was three years old.

“I still remember tripping on the stairs during Maypole,” Stahlman said, recalling each roll he has had in the pageant since he was a toddler. “I’m pretty sure I’ve done everything at one point or another, whether I was just filling in or actually cast in the roll for that year. I was in the Little Maypole for several years and Big Maypole. I did the Virginia Reel and Polka. I was in the wedding for two years. I was the Spanish flag bearer and the drummer. My favorite role was the flag runner, the American flag bearer, and I’ve been a general for the past three years. I’ve also worked backstage during the plays for seven years.”

After seven or eight years participating in the Natchez Garden Club Tableaux, Stahlman said being named king is almost like reaching the end goal.

Stahlman said it’s hard for him to choose a favorite memory but one in particular that stands out to him was helping move the ramp for the showboat scene, which portrays a boat that would travel along the Mississippi River and entertain visitors.

The ramp is cumbersome, he said, adding it takes several people to set the stage for the scene.

For his reign, Stahlman wears a uniform made by Sandra Stokes of Natchez with navy pants and gold stripes along the hem with a black tailcoat. More gold is incorporated into the coat with gold-colored buttons, golden stripes on his cuffs and gold stars circling the collar.

Stahlman said he carries an authentic Civil War sword with a gold-colored hilt that was gifted to him by Finley Hootsell, the father of the 2021 Queen Emily Hootsell. 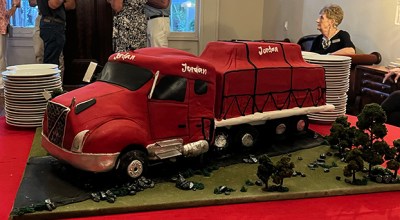