Cathedral holds on to beat Natchez 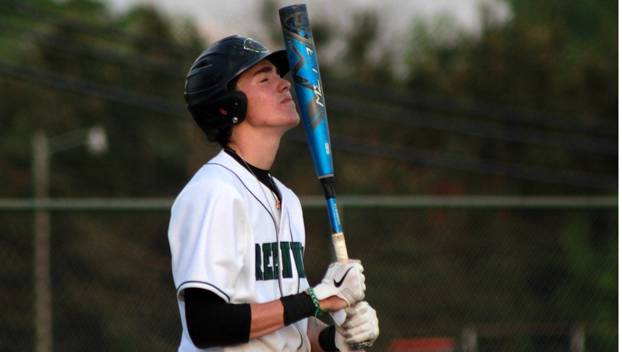 NATCHEZ — Paxton Junkin drove in three runs while Jake Maples struck out 10 batters and scattered six hits in a complete-game performance as the Cathedral Green Wave held on for a 4-3 win over the Natchez High School Bulldogs last Friday night at Chester Willis Field.

The heavy rain and strong to severe thunderstorms that were originally forecast to hit the area late Friday afternoon held off long enough for the game between the cross-town rivals to be completed. And as Natchez High head coach Dan Smith said, “Overall, it was a good, clean game.”

In earning the win on the mound, Maples allowed three earned runs, walked three and hit three batters. Against a good-hitting Natchez High team, he was helped by a defense that did not commit a single error.

“Jake had a great game on the mound. He threw a lot of strikes and limited base runners,” Cathedral head coach Craig Beesley said. “That was his first seven-inning complete game of the year.”

Maples and Devin Winchester were involved in a pitcher’s duel before the Green Wave struck for two runs in the top of the third inning. Winchester was charged with the loss after allowing two earned runs on two hits with two strikeouts and eight walks.

“Paxton had three of our four RBIs. He had a big two-out, two-strike hit in the third inning to put us up 2-0 and another big RBI in the fifth inning to extend out lead to 4-1,” Beesley said.

McGruder gave up two runs, one earned, on four hits with no strikeouts and one walk over four innings.

However, Maples got out of that jam and pitched out of yet another jam as the Bulldogs had the bases loaded in the bottom of the seventh, but were unable to at the very least tie the ball game.

“We left the bases loaded at the end for the second straight game,” Smith said. “We had a couple of errors that kind of cost us. There was good hitting, good pitching, good defense. Cathedral’s a good team.”