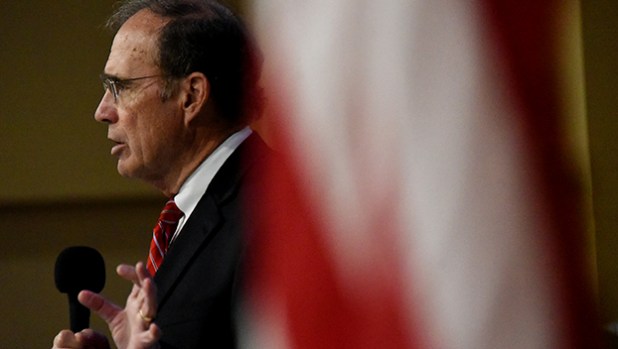 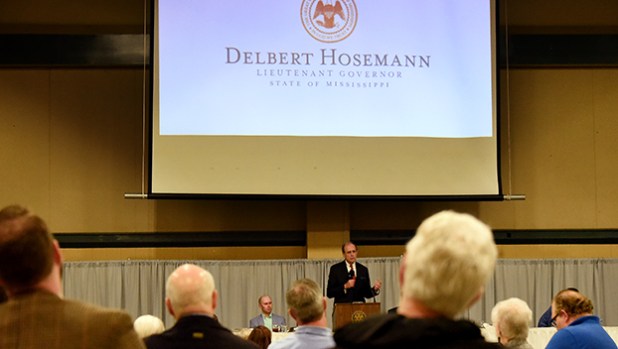 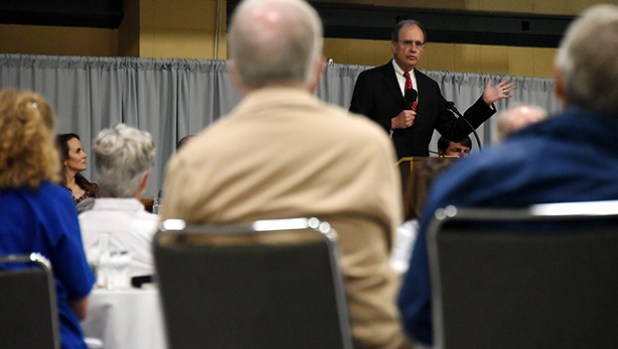 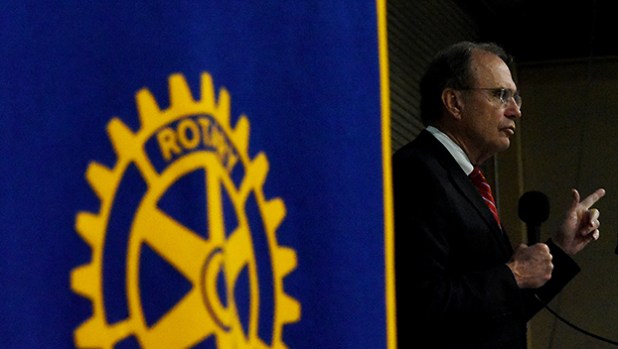 Hosemann was in Natchez Wednesday morning to meet with the Mayor and Board of Aldermen and the Adams County Board of Supervisors, as well as to speak to the Natchez Rotary Club at noon.

“We need to look at the delivery of health care in Mississippi and find out how we can best deliver health care to those who are working but who cannot afford health insurance,” Hosemann said, while speaking to Natchez Rotarians. “We cannot allow that to proliferate.”

Mississippi is one of only 12 states that has not accepted the federal government’s call to expand Medicaid. As of January of this year, in Mississippi, more than 170,000 working adults do not make enough money to afford health insurance.

Mississippi has one of the highest rates of residents without health insurance — 45 out of 50 states, according to the Kaiser Family Foundation.

In an attempt to change that, the Biden Administration has sweetened the pot and has upped the portion the federal government will cover for newly-enrolled adults on Medicaid from 90 to 95 percent.

Mississippi also leads the nation with the highest percentage of residents with past-due medical debt, which further threatens the coffers of the state’s hospitals, according to the Mississippi Hospital Association.

The Mississippi Hospital Association has pledged to cover the remaining 5 percent of the cost of Medicaid expansion through fees and taxes, which would seemingly make the decision a no-brainer for Mississippi.

“I think we need to get away from the political aspect of this issue, like the name calling of Obamacare or Trumpcare. We need to take a look at what is the best way to deliver health care to people who are working and can’t afford it,” he said.

Hosemann said he is appointing members to two health care committees, which will begin meeting this summer and will continue until the fall, in an effort to study ways to deliver health care to working Mississippians.

“We will look at everything and go from there. In the end, we have to provide affordable health care to people who are working,” he said.

Hosemann, the state’s 33rd lieutenant governor, served three terms as Mississippi Secretary of State. He and his wife, Lynn, have three children and seven grandchildren.

Hosemann, whose hometown is Vicksburg, made frequent visits to Natchez as a child because he is a member of the Natchez Eidt family.

Hoseman told Rotarians that the emphasis of the 2021 legislative session was on education. He said the state has hired a “workforce czar,” who will lead the way in workforce development.

“30 percent of Mississippi high school students will get a college degree. The rest need a good job,” he said.

He highlighted an additional $5 million that will be spent on math and computer services education in Mississippi and the recently-approved teacher pay increase.

“We are in the throes of honoring the people who teach our young people with a livable financial situation because the best economic development tool we have is the human brain,” Hosemann said.