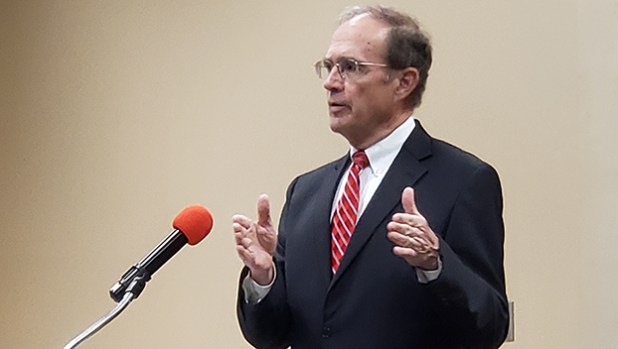 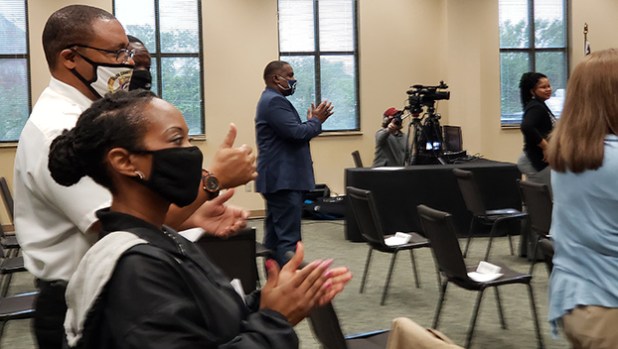 NATCHEZ — Soon, Natchez and Adams County officials’ biggest problem will not be getting funds for various projects, but how to effectively spend the large sum coming from the American Rescue Plan Act, Mississippi Lt. Governor Delbert Hosemann said Wednesday at the Natchez Convention Center.

Hosemann spoke to the Natchez Mayor and Board of Aldermen and Adams County Board of Supervisors in a special meeting Wednesday morning about the much-anticipated American Rescue Plan Act funds.

Hosemann said cities and counties across the state will receive $932 million from the funds within the next two years. Of those funds, $3.3 million is earmarked for the City of Natchez and $5.9 million for Adams County.

Additionally, the State of Mississippi is receiving $1.8 billion that cities and counties can apply for through grants. Another $1.6 billion is earmarked for the state’s school systems and $430 million for colleges and universities.

Hosemann said officials will soon be faced with the challenge of spending those funds in a way that will have a lasting impact.

“We are at a crossroads in Mississippi that we’ve never had before. The people sitting here will be faced with more major decisions than they’ve ever had,” Hosemann said to officials. “… If you go and make this a one-year transaction or two-year transaction, we will have failed. … How we stretch that money out for the younger generations will dictate the future of Mississippi. We will never get this opportunity again. … The decisions you make will be critical.”

Hosemann said regulations for spending the funds will be issued by the state treasury and funding for repairs to water and sewer systems, tourism and recovery from economic losses caused by the pandemic are among the state’s top priorities.

Adams County Board of Supervisors President Angela Hutchins presented an “investment plan” on behalf of the City of Natchez and Adams County while asking for Hosemann’s advice on how to fund the various projects on the list.

The Federal Aviation Administration allocated $3.8 million to the Natchez-Adams County Airport for runway improvements. However, more than $1.75 million is still needed for repairs in the airport terminal, Hutchins said.

Additionally, $3.2 million is needed to resurface and stripe Morgantown Road, she said.

Other projects in the City and County’s investment plan include drainage improvements at Concord Quarters, improvements at the Adams County Port loading dock facilities, funding for a workforce development center and lighting for the Mississippi River bridges between Natchez and Vidalia.

Officials said Louisiana Lt. Governor Billy Nungesser would seek half of the funds needed to light the bridge and the Town of Vidalia agreed to pay utility costs once the lights are installed.

Officials further requested funds for the raising of Silver Street to prevent flooding. American Cruise Lines and Viking USA companies have pledged $250,000 each for the project and it is estimated that another $250,000 will be needed.