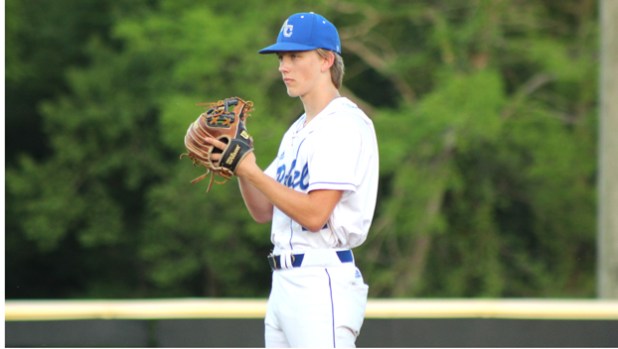 Connor Aplin throwing from the mound for ACCS against Cathedral. The Rebels will need to win one of the two games at Cathedral Friday night. (Hunter Cloud The Natchez Democrat) 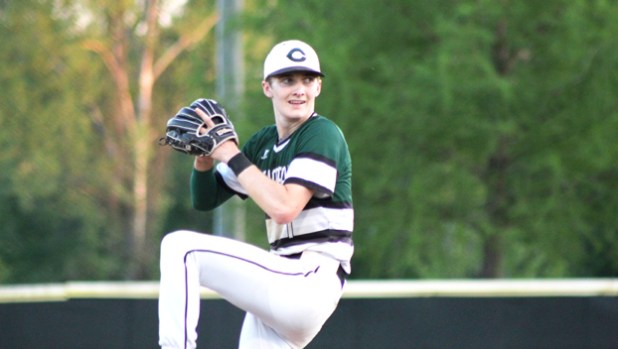 Sam Mosby pitching against ACCS for the Green Wave. Cathedral must win both games against ACCS to make the playoffs on Friday. (Hunter Cloud The Natchez Democrat)

Hollis Lees said last week Cathedral had to beat ACCS by a combined score of eight runs in three games to make the playoffs, but their 13-0 win on Monday changed that.

“They are coming to us Friday for a double header, and all we have to do is put them away in two games and we are going to the playoffs,” Lees said. “We have to win both games.”

Cathedral’s rally monster, a cookie monster with a baseball uniform and chain necklace, did not make the trip to ACCS as Sam Mosby said the team figured it was bringing more bad luck than good. To get better luck last week, Head Coach Craig Beesley retired the hat he had worn since 2016 when the Green Wave won a state championship, he said.

Since then the Green Wave have won three straight games including a win over district champion Natchez High School. Lees said the team is locked in and ready for their games against ACCS on Friday.

ACCS assistant coach Brandon Ross said the Rebels were hit right in the mouth by Cathedral to start the game. The Rebels had six errors in their 13-0 loss to Cathedral and they will look to correct them, he said.

“We will have to see what we can do Friday. See if we can bounce back, or see if we are going to lay down or not,” Ross said. “It is a mental block. When something is not going your way you have to learn to block it out, move forward, and accomplish it the next time.”

The double header’s first game will begin at 4:30 p.m. with the second game slated to start at 6:30 p.m. at Chester Willis field in Natchez. Lees said the Green Wave would have a home field advantage.

“We have all of our buddies and friends in the outfield,” Lees said. “All of the parents are cheering us on, so it is big time. Home field advantage is big for us.”