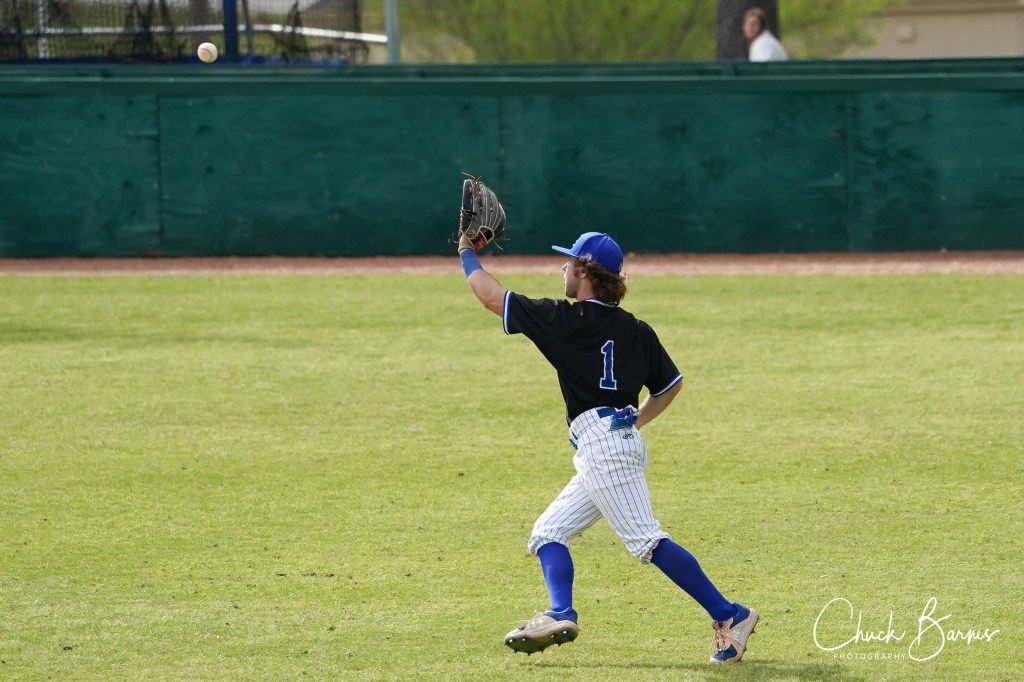 Ben White is an alumnus of Cathedral and is a freshman at Co-Lin. (Chuck Barnes | Courtesy Photo)

Cathedral Alumnus Ben White is four games away from finishing his freshman year at Copiah-Lincoln Community College in Wesson.

Monday through Saturday, he is on the baseball field, he said. Sunday is the only day he has off, he said. He spends most of the time out of the classroom on baseball. In high school, he had more time to have a social life, he said.

He plays as an outfielder for the Wolves and has 18 hits with 10 RBIs in 58 at-bats with one home run. His home run came against Coahoma Community College on February 27.

“I hit a home run in the fall but that doesn’t really count towards anything. So being able to hit one in a season that actually matters is pretty special,” White said. “Throughout high school, I don’t think I ever hit a single home run. I hit a couple in middle school. It’s just a good feeling knowing you put some runs up on the board.”

White was born in Brookhaven but has spent his whole life in Natchez, he said. Co-Lin’s coaches and fun environment is what drew him to attend school and play baseball in Wesson.

He said pitching velocity is the main difference between playing high school baseball at Cathedral and playing college baseball for Co-Lin. He has gotten used to the speed of pitches at the college level as the season has progressed, he said.

“I’m in a groove right now, but I think the biggest thing is being consistent,” White said. “Seeing the 90 (mph) velocity is common but you don’t always square it up. I have been trying to be consistent in just barreling the ball up.”

Co-Lin won both of their games against Mississippi Gulf Coast Community College on Thursday and has four games left in the season. White said they are fighting for playoff position and he is trying to get better every game.

His biggest adjustment is hanging out with a new group of people off the baseball field at Co-Lin, he said. It has been a good time for him, he said.

White is a cousin of Boston Red Sox player Hunter Renfroe according to White’s bio on Co-Lin. He said he is third or fourth cousins with him and is related by blood, but he has never met him.

He hunts and fishes with his buddies on the team when he gets the chance, he said. He loves to deer hunt, although he likes to hunt turkey, squirrels, and ducks too. Co-Lin’s baseball team is like a family too, he said.

“We have a pretty close group,” White said. “Being with each other every day we have built a brotherhood. We are all brothers out there (on the field.).”