NATCHEZ — The Adams County Sheriff’s Office and the Natchez Police Department’s Criminal Investigation Division worked together to arrest an individual who investigators believe is responsible for at least 25 automobile burglaries over the last two years.

Gabriel “Luke” Schofield was arrested on Friday by the Adams County Sheriff’s Office and charged with two counts of auto burglary, one count of attempted automobile burglary, and possession of a stolen weapon. 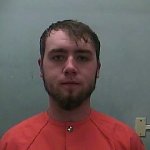 During a traffic stop on U.S. 84, Schofield was in possession of a firearm that was reported stolen from a vehicle on Espero Drive on Wednesday.

Deputies also searched Schofield’s residence and were able to locate the clothing they believe Schofield was wearing when he allegedly burglarized one another car at 200 Espero and attempted to break into a second vehicle at the same address.

Brent Thibodeaux and Sela Naff were both charged with accessory after the fact in connection with the automobile burglaries because of their involvement with Schofield, law officials said. 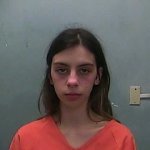 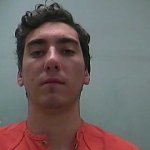 It is believed that Schofield is responsible for taking items from vehicles located at  residences in the 100 block of North Meadow Drive, the 100 and 200 blocks of Espero Drive and the 100 block of Mansfield Drive over the last two years.

Additional charges will be handled by the Natchez Police Department.