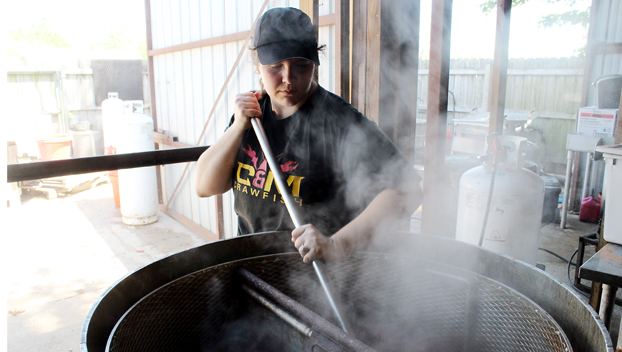 Steam rises as Dorothy “D” Jones stirs a boiling pot of crawfish as Zydeco music plays at C&M Crawfish in Vidalia. C&M owner Shannon Melton said they opened in 2011, and she considers her staff to be a close team.

The process of cooking crawfish starts with the sorting of the crawfish. JT Thomas wore gloves as he sifted through the crawfish to throw away snails and any debris the fishermen did not weed out.

“Any crawfish we get in, we pick out the dead, the grass, the snails, turtles and snakes,” Melton said. “We get turtles on the regular back here. We handpick through each sack before boiling them. It goes from the sorting table to the boiling pot, and then to the front of house.”

Crawfish will molt three or four times a year, and C&M still buys during the molting period. The restaurant has to sort through sacks closely when the crawfish molt because their exoskeleton is softer. Crawfish die in a molt due to the weight of crawfish in the sack crushing them, she said. A sack typically holds about 35 pounds, she said.

Right now, Thomas can clean through a sack in five or seven minutes, but when there is a lot of dead crawfish, it can take 15 minutes, Melton said. Any dead crawfish are thrown away or sold to fisherman to use as bait, she said.

Boiling takes up to 10 minutes and to get the right flavor C&M soaks their crawfish.

C&M’s crawfish pot can hold eight sacks of crawfish at one time.

The length of soak time depends on the time of the season, the hardness of the crawfish shell and the number of sacks boiling, she said. Soak time can take anywhere from 10 minutes to 45 minutes.

“Our customers know that, and they expect it,” Melton said. “I will tell them ‘you don’t want us to pull them early because then they will be bland like everybody else’s.’ We let them sit until they get that right flavor.”

Sometimes, C&M’s employees can’t tell if the crawfish are ready because the boiling pot desensitizes them. Then they will get customers to help them out, she said. Before C&M serves crawfish to a customer, the crawdads have to have the C&M flavor of spicy and savory, she said.

Facebook has transformed the pricing of crawfish because wholesalers used to set the price of crawdads. Melton is a member of Facebook boards with craw fishermen and can negotiate prices with them directly, she said. Easter and Lent increase the price of crawfish and there is typically a drop in price after Easter, she said.

She said because the crawfish market has expanded to Texas, Alabama, Arkansas, Georgia and Florida, the price of Crawfish has gone up.

She said the days of cheap crawfish prices are over.

“When I was growing up, you did not eat crawfish unless you were from Louisiana,” Melton said.

“Everybody wants Louisiana crawfish so that is going to just drive the price up.” 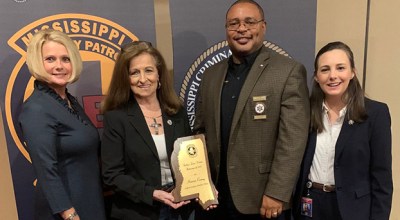 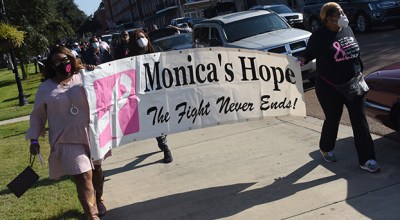