Fort hits for the cycle in Vikings win 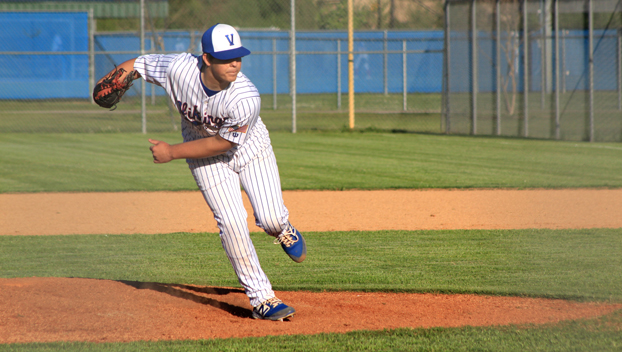 The second game actually went all seven innings. Vidalia head coach Nic Kennedy said the Vikings scored most of their runs late in the game. He said that winning both games of the doubleheader was big for his team.

“It’s good to win the series in the first day. We always look at the power rankings to see where we are. The team we just beat was above us in the (Class 2A) power rankings,” Kennedy said.

Peyton Fort had a stellar performance for the Vikings both at the plate and on the mound in the first game. Fort hit for the cycle and pitched four scoreless innings to earn the win. He gave up one hit, struck out five and walked one.

As a team, Vidalia had 15 total base hits in the opener. Tyrin Jordan went 2-for-2 while Adam Eames, Jake Spears and Brett Walsworth each went 2-for-4 at the plate.

Spears was the winning pitcher for the Vikings in the nightcap despite allowing two runs on two hits with just one strikeout and four walks in one inning. But that did not deter him at the plate as he went 3-for-4.

With the doubleheader victories, Vidalia improved to 9-10 overall and 5-4 in District 2-2A. The Vikings traveled to Monroe, La. and stepped out of district play to take on St. Frederick High School before returning to district play Thursday afternoon when they hosted Beekman Charter.

“If we beat Beekman Thursday, we’ll be second in district. That’s something important to our guys,” Kennedy said.