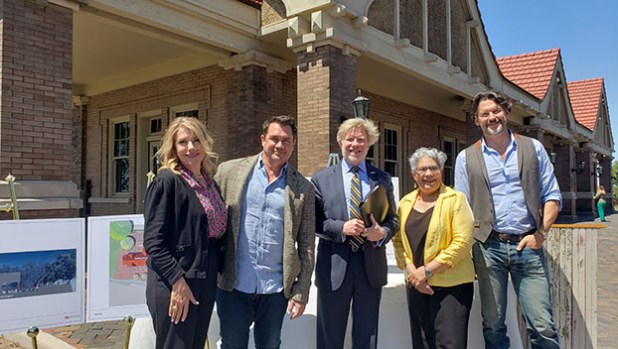 From left, Alderwoman Sarah Carter-Smith, Tate Taylor, Natchez Mayor Dan Gibson, Alderwoman Valencia Hall and John Norris celebrated the signing of a lease for the historic train depot on Broadway Street on Wednesday. Norris and Taylor plan to restore the depot and make it into a farm-to-table themed restaurant and entertainment venue. (Sabrina Roberston | The Natchez Democrat) 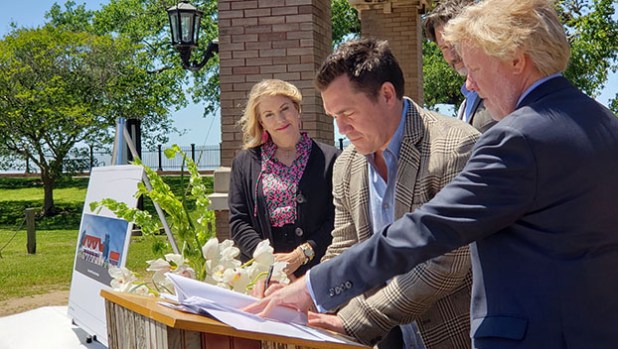 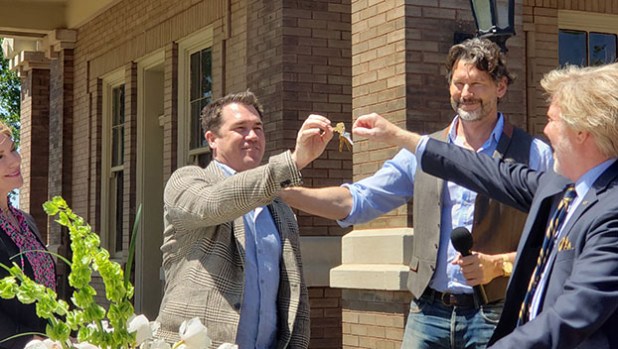 On Wednesday, Natchez Mayor Dan Gibson and local filmmakers Tate Taylor and John Norris did a public signing of a lease agreement for the historic train depot on Broadway Street.

Norris and Taylor plan to invest $1 million to restore the depot and make it into a farm-to-table-themed restaurant and entertainment venue.

The Natchez Mayor and Board of Aldermen voted to execute a lease for the depot to Taylor and Norris’s LLC, Church Hill Music, during their Tuesday meeting.