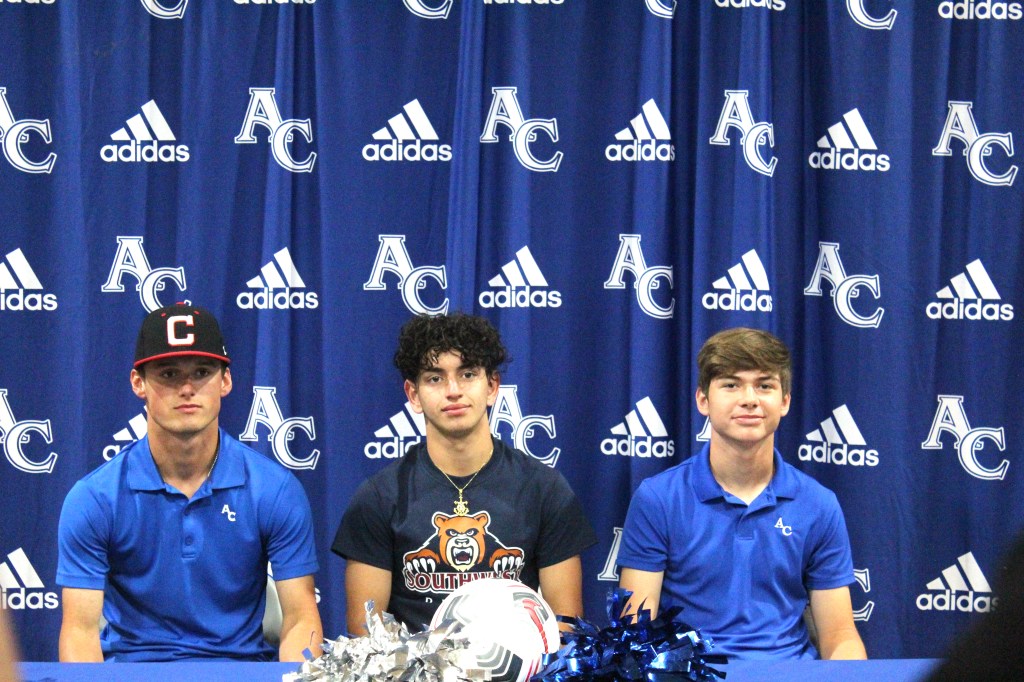 “To take a big step like this in my life, and in my career, it is very exciting,” Fuller said. “You are very anxious to get started, but you are also excited, very overwhelming. It is a great feeling.”

He said he chose William Carey because he connected with the soccer coach there, and he was used to Hattiesburg so it seemed like a great fit.

At William Carrey, Fuller said he will study sports administration and would like to coach one day. He played baseball and soccer in his time with AC, and he would coach either sport but prefers soccer, he said.

“The coaches I have talked to have said the best feeling is coaching kids to excel,” Fuller said. “That is something I want to do in the future for sure. I have coached kids in the Vidalia (soccer) league. and it just felt right.”

Boteo said Southwest was the first school that believed in him, and he decided to go there. He said as a soccer player the moment you start ninth grade, your dream is to sign with a college.

His hard work and all of the early morning have paid off, he said. His favorite memory while playing at AC was when the team beat Oak Forest 4-2 to win district his junior year, he said. Southwest and Holmes will play against each other, and Boteo will have to play his teammate Owens.

“It will be an exciting match because I love playing against him and with him,” Boteo said. “I can’t wait for it. It is going to be a new challenge for us.”

Owens said it is a little strange to know he will play against Boteo because they have always been on the same team from high school to club soccer. Boteo said he is studying welding at Southwest. Owens said he would study kinesiology at Holmes.

He said signing for a college is a dream come true as it shows all the hard work he has put in over the years has paid off.

“Most of my coaches came today, and they helped me get to where I am today,” Owens said. “I would not have made it without them.”