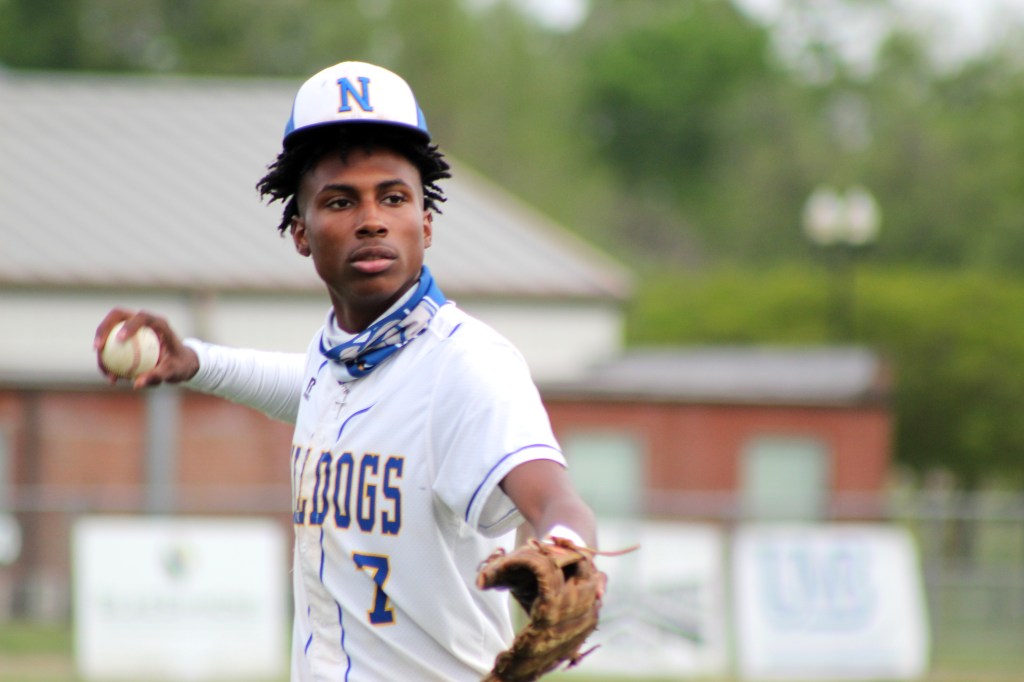 Dekaron McGruder was 2-for-4 with a triple, three RBIs and two runs scored in Natchez’s 12-9 loss to Bogue Chitto. (Hunter Cloud The Natchez Democrat)

The game was one of momentum shifts as Bogue Chitto jumped out to a 7-0 lead after two innings of play and led Natchez High 8-2 by the end of the third inning. Bulldogs head coach Dan Smith said that was the difference in the outcome.

“We can’t spot a team seven or eight runs and try to come back. It takes a whole lot of energy,” Smith said. “We don’t ever quit. We fought our way back. Just ran out of gas.”

Jwun Mackey was charged with the loss after allowing four runs, only one of them earned, on three hits with six strikeouts, two walks and three hit batters over three and two-thirds innings.

“Jwun pitched a great game. He basically shut them down until the last innings,” Smith said. “He threw strikes and got us back in the game.”

Trevon Henry led the Bulldogs at the plate, going 3-for-4 with two runs batted in and three runs scored. Dekaron McGruder was 2-for-4 with a triple, three RBIs and two runs scored. Trylon Minor added a double and drove in three runs.

“Trevon set the tone for us. D.K. had a couple of base hits. Trylon Minor had a big hit late in the game,” Smith said. “If we started like we finished, it would’ve been a different game. That was the main difference – starting off early.”

Sartin was also the winning pitcher as the threw two shutout innings, gave up just two hits, struck out four and walked only one.