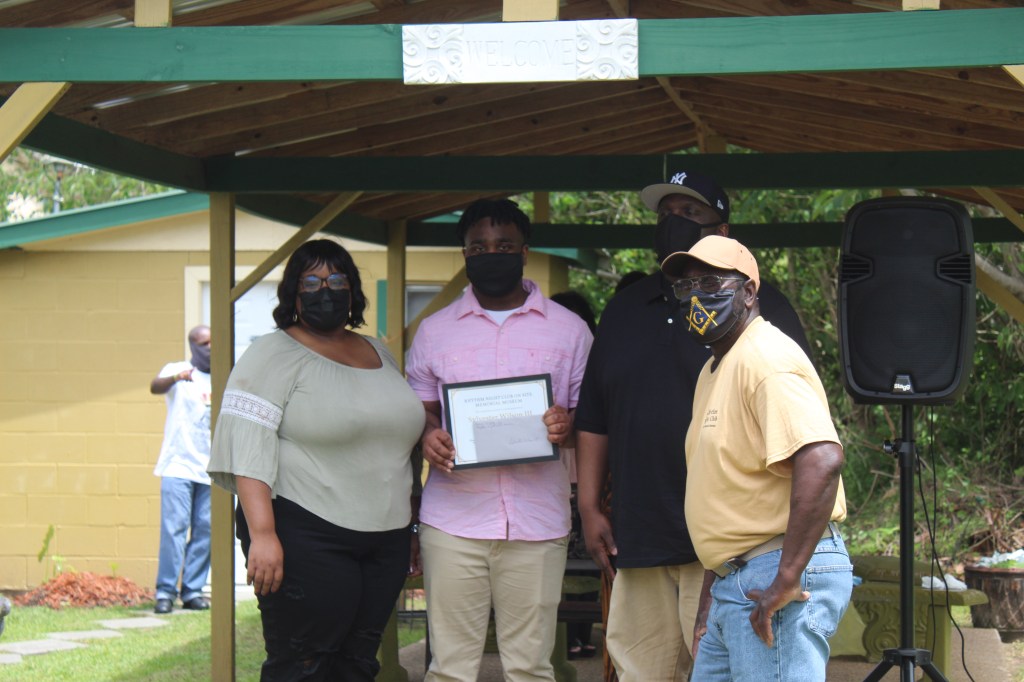 NATCHEZ — Rain, wind and thunder threatened to cancel an event Saturday held to honor the victims of the Rhythm Night Club fire on its 81st anniversary, but Monroe Sago said he didn’t want to cancel it.

Monroe and his wife Betty Sago own the property where the Rhythm Night Club stood and they have built a museum on the location.

Each year they raise money to give a scholarship to a student who meets academic requirements and who writes a paper about the night club fire and how it impacted them.

Wilson moved to Natchez when he was three and played football at Natchez High School. He will graduate in a month and plans to go to an auto mechanic school. The scholarship can be used at any school Wilson wants to attend.

He said he learned about the fire in school and he did his own research about it. Wilson said he wrote about the fire, and also about himself in his paper. Winning the scholarship will help him go to college, he said.

“I was kind of surprised but I was also thankful,” Wilson said.

Sago’s and Wilbert Whitley’s speeches were about perseverance. In spite of COVID, they were able to hold a ceremony to commemorate the tragedy.

Whitley said he was well into his 20’s when he learned out about the fire, which killed 209 people.

“In the years past we would have rain, sleet, I don’t know what and this area would be filled,” Whitley said.

Natchez Mayor Dan Gibson was also in attendance for the event as were four firemen from the Natchez fire department.