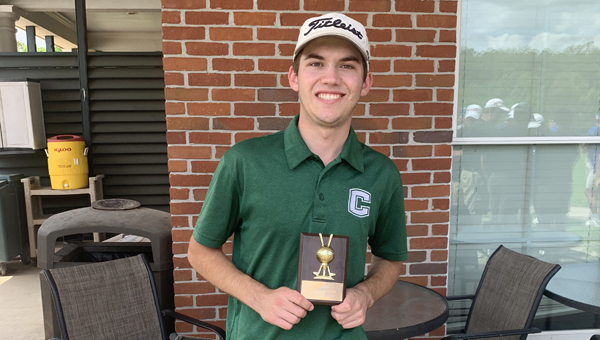 Chase Kaiser was the first place winner at Beau Pre Country Club in the 4A South State golf tournament.(Submitted Photo)

Cathedral had strong performances in 4A South State as both of their Golf and Tennis teams advanced eight athletes to the state finals next week.

Senior Chase Kaiser was the low medalist, first place, in the 4A South State golf tournament at Beau Pre Country Club Wednesday afternoon. He shot an even-par 72 for the Green Wave and will advance to the individual’s state championship to be played next Tuesday.

Joseph Garrity and Grayson Guedon took runner-up in the No. 2 boys’ doubles. They all advance to state and will play on Wednesday the Fifth, Head Coach Beth Foster said.