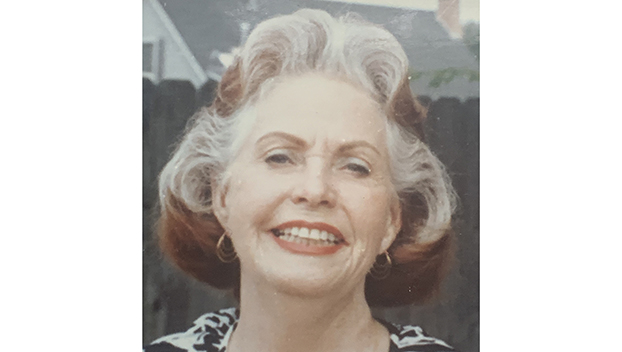 Dixie Holt Lewis passed away on April 27, 2021 in Natchez, Mississippi.

A memorial service will be held on May 6 at 10 a.m. at Trinity Episcopal Church in Natchez.

She was born in Memphis, Tennessee on December 5, 1927, the daughter of Guy Douglas and Frances Krewson Holt who, along with her brother, Geoffrey Douglas Holt, predeceased her.

She grew up in Kentucky, Arkansas, and Memphis. She lived for many years in Marianna, Arkansas where she raised her children and enjoyed careers as manager of Sears and owner and operator of KZOT Radio Station. She was active in St. Andrew’s Episcopal Church. She lived in Helena, Arkansas for a few years before settling in her beloved Natchez, Mississippi where she continued her career in radio and also worked in sales at Belk Department Store before retiring at 90 years of age. She was a member of Trinity Episcopal Church and the Southwest Mississippi chapter of the National Alliance on Mental Illness.

Dixie was a faithful weekly visitor to those she referred to as the “older people” (even though she was actually older than many of the people she visited) in the Natchez area assisted living facilities, nursing homes and the hospital well into her 90’s. Continuing her caring attitude to others, she donated her body to medical research.

She leaves her children, Judith Evelyn Lewis of Natchez, Connie Lewis Lensing and her husband, David, of Memphis and Gary David Lewis and his wife, Marie, of Madison, Mississippi. She leaves her brother, James Royal Holt of Chucky Tennessee.

She is also survived by a host of friends and particularly those loyal members of the Dixie Club who cared for her as she aged.

Her feistiness and zest for conversation and debate will be missed by many. Her close friends and family can picture her in heaven telling Jesus, “If you will just listen, I will explain it to you” and having a daily debate with God over all heavenly matters.

Memorials may be sent to Trinity Episcopal Church in Natchez.