Rebels ready for the starting line at state finals 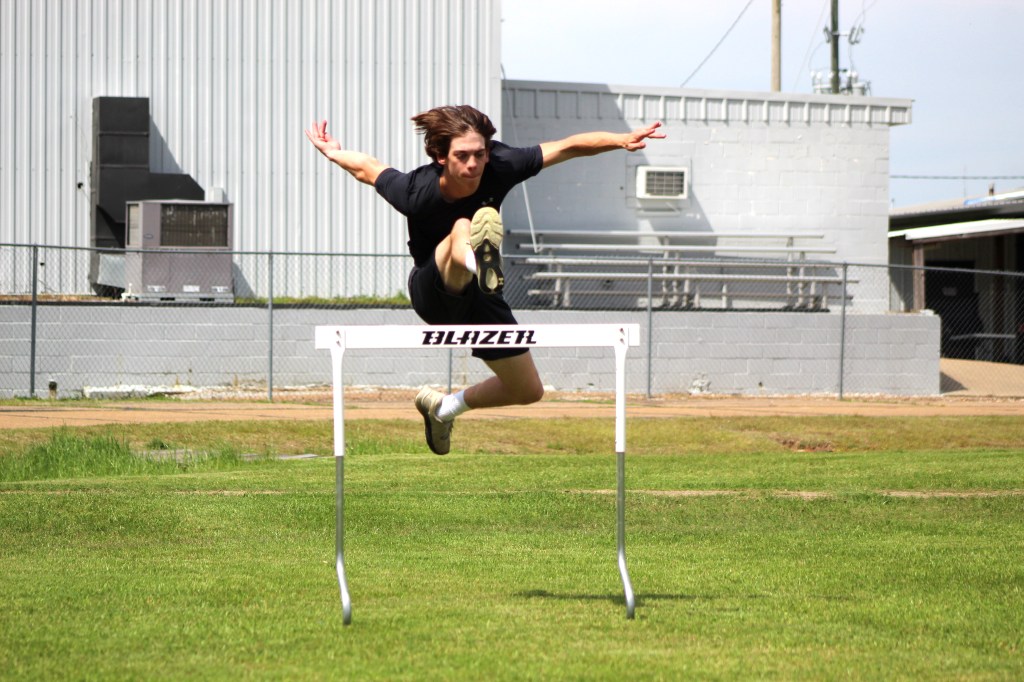 ACCS junior Tommy Van Winkle clears a hurdle in practice on Monday. He will compete in the state finals this weekend. (Hunter Cloud The Natchez Democrat)

Credit said it is his second hamstring injury this season. He advanced to the state meet in the 4×100 meter relay and the 4×200 meter relay. His injury at south state has ended his senior season, he said.

“I’ve been running on a pulled hamstring since the first week,” Credit said. “I just pulled it again at the meet Saturday, so I won’t be running again this week. The first time I was like ‘okay I’m just missing a couple of meets,’ but now I know I’m done with sports. I just have to get past it.”

Van Winkle and Sewell said they progressed a lot over the season. His hurdles became a lot smoother, Van Winkle said. Sewell’s endurance has increased and he has also learned the techniques of running.

“For me, in the 100 I can go full speed,” Sewell said. “In the 200 I have to start out a little slower with a jog and come out easier. Then as I gradually go on, I get faster. It takes way more endurance because I have to breathe the entire race. I can hear and feel my self beating and breathing. It is all adrenaline.”

In the hurdles, Van Winkle keeps the mindset of going with the flow. He said he just barely qualified for the state meet. It is the first time the junior has ever qualified for state, he said. He used to have a lot of nerves before races but they are pretty much gone now.

Griffin stayed calm and quiet as the others spoke. He said his mentality before a race is he knows he is going to win. He has confidence when he puts his feet in the starting blocks, he said.

“I just am chilling and getting ready for the race,” Griffin said. “We have one of the fastest track teams in the state. I feel like no other team can beat us, nobody. I’m just ready to go up there and take care of business.”