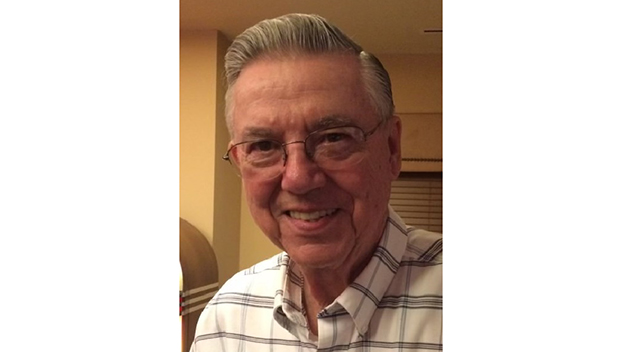 He was born July 24, 1928, in Memphis, Tennessee to James Walter and Leola Edgar Bryant. He graduated from Central High School in Memphis, then served in the U.S. Marine Corps from 1946-1948 in “wrap-up duty” after World War II.  He spent most of his time in the Marines at Cherry Point in North Carolina where he achieved the rank of Sergeant.

He always told the story of how his ability as an excellent typist landed him in the main administrative office of the base, which gave him many opportunities such as typing all Teletex for long distance flights from that base.

Upon discharge from the Marines, he attended Southwestern At Memphis (now Rhodes College) on the GI Bill.  At Southwestern, he majored in Economics and was a member of Omicron Delta Kappa and Kappa Alpha.  He was vice-president of the Senior class; was voted Torch “Dream Man” and was inducted into the Hall of Fame upon graduation in 1952, among other honors.

On December 28, 1952, he married Hattie Lee Edens of Okolona, MS, also a Southwestern graduate.  Ray’s jobs with Firestone Tire and Rubber Company and then Southeastern Bell Telephone Company took them in their early marriage to Nashville, Jackson and Knoxville.

They then settled in Natchez, MS for almost 40 years. At his retirement, after 36 years with BellSouth, he was District Manager for the Natchez Mississippi District.  While in Natchez, Ray belonged to the Kiwanis and Rotary clubs, was on the board of the Natchez Chamber of Commerce, President of the United Way, and active in many other civic activities.  He served as an Elder in the First Presbyterian Church of Natchez.  He and Hattie also volunteered as youth group sponsors for several years at the church, which pleased his children as he added a “pool table” room onto the house and bought a backyard trampoline to entertain church youth at meetings at their home.

Post-retirement, Ray enjoyed playing golf and bridge, fishing, and watching college sports. He volunteered at an exhibit at First Presbyterian Church where he would provide an atmospheric backdrop to the 19th and early 20th century photo gallery by playing traditional tunes on his collection of harmonicas.  In 2010, Ray and Hattie moved to Longhorn Village in Austin, TX to be nearer to family.  At Longhorn, Ray continued to play his harmonicas for several years in the Longhorn combo which performed in the residents’ bar on Friday nights.

He and Hattie played bridge, walked and generally enjoyed life in Independent Living.  When Hattie was diagnosed with dementia and moved to Skilled Nursing, Ray visited her faithfully twice a day for years.  He, himself, moved to assisted living in 2017, then to memory care in August, 2018.

Ray was a devoted husband and an involved, loving and supportive father.  He relished and embraced each day in every stage of his life, whether cheering on his children; managing and caring about his employees at BellSouth; improving his golf game and harmonica playing in retirement; or proudly celebrating his wins in bridge or bingo in his later years.

He is preceded in death by his wife of 67 years, Hattie Edens Bryant, as well as his brother and sister-in-law, Russell and Marjoree Bryant.

He is survived by his sister, Ruth Bryant of St. Louis, MO, as well as his three children:  Martha Kay Bryant and husband, Ted Wardlaw, of Austin, TX; Walter Lee Bryant and wife, Rita, of Elizabeth, CO; and Eden Bryant and her wife, Lisa Davis, of Fischer, TX.  He is also survived by four granddaughters; Aleyna Woolliscroft and husband, Matt, and great-granddaughters, Madelyn and June, of Austin, TX; Shelby Ruth Bryant Wardlaw of Jersey City, NJ; Meredith Collins and husband, Chad, and great- granddaughter, Rylan, of Parker, CO; and Claire Elizabeth Bryant Wardlaw of Brooklyn, NY.

The family wishes to express their deepest gratitude to the staff of Lantana Lodge and Palmetto memory care at Longhorn Village, Austin, TX for taking such loving care of their beloved husband, father, grandfather and great-grandfather for the past few years.  The family requests that any memorials be made to the charity of your choice.

Arrangements by Weed-Corley-Fish Lake Travis (512) 263-1511. Remembrance may be left at dignitymemorial.com/obituaries/lakeway-tx/aubrey-bryant-10171608.