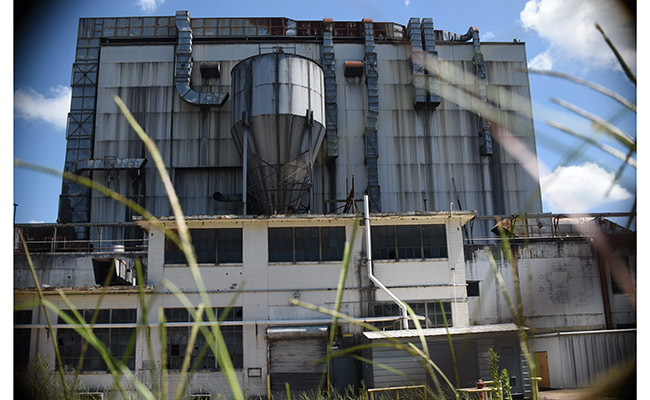 The grounds of the former Titan Tire plant in Natchez. (File photo.)

NATCHEZ — Natchez has been chosen to receive $492,000 from the U.S. Environmental Protection Agency’s Brownfields Multipurpose, Assessment and Cleanup funding.

Natchez Mayor Dan Gibson said a portion of the grant would be used for a Phase I environmental assessment of the former Titan Tire plant — which would allow the city to proceed with cleaning up the site and perhaps lease it to an economic development prospect.

Natchez Planning and Community Development Director James Johnston said the funds could be put to further use for cleaning up other sites, such underground storage containers at the Martin Luther King Jr. triangle left behind by a former gas station and the former International Paper facility.

Johnston said the funds are “fluid” and some projects would have to be approved by other parties involved before they can move forward.

City officials have been negotiating a lease for the Titan Tire facility with an unnamed entity.

The board met in executive session about leasing the facility in March — which was not open to the public or press — and returned to open meeting and voted unanimously to allow Natchez City Attorney Bryan Callaway to propose a monthly rent of $5,000 to the prospective new tenant.

“We’re excited. Finally, after many years, we are beginning the process of cleaning up that particular site,” Gibson said. “It is also really great as we pursue other uses for that facility.”

The Brownfields grants help underserved and economically disadvantaged communities across the country in assessing and cleaning up contaminated and abandoned industrial and commercial properties, according to a news release from EPA.

“Through our Brownfields Program, EPA is delivering on the Biden Administration’s commitment to lifting up and protecting overburdened communities across America, especially communities that have experienced long periods of disinvestment and decay,” said EPA Administrator Michael S. Regan. “These assessment and cleanup grants will not only support economic growth and job creation, but they will also empower communities to address the environmental, public health, and social issues associated with contaminated land.”

Natchez is one of three Mississippi cities to receive funds.