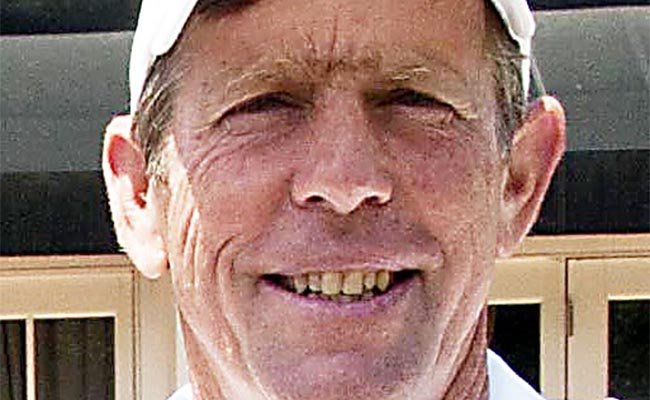 Baton Rouge’s NCAA golf regional was canceled Wednesday, ending the seasons for several women golf teams because the course was playable, but not to a championship standard.

NCAA committee representative Brad Hurlbut made the announcement after Baton Rouge and much of Mississippi and Louisiana received an onslaught of rain earlier this week. Rain keeps courses from being able to be mowed and washes out the bunkers, which makes them unplayable.

Duncan Park Golf Director Greg Brooking said he feels the pain of not mowing his course because he has woken up to rain Monday, Tuesday and Wednesday this week. On Thursday, he could cut the grass in the high fairways, but the lower fairways needed time to dry out.

“Every morning. Every morning I have woken up to rain,” Brooking said Thursday afternoon. “This is my first morning to wake up to sunshine and no rain. I feel his pain.”

Growth inhibitors contain gibberellin, which affects the apical bud growth, he said. Essentially, he sprays growth hormones, which prevent the elongation of plant cells. The plant cells stay short and squatty, so the grass stays short, he said.

There is a lot of work that goes into keeping a golf course open, in playable shape, and looking good. When it rains, golf course superintendents are unable to mow their golf course, he said.

Rain also wreaks havoc on bunkers washing away the face of the bunkers. Rainwater leaves bunkers a muddy mess and takes a lot of effort to dig out, he said. When it rains day after day, they have to keep digging out the bunkers. This takes time away from getting other things done on a course, he said.

In the spring, he mows the greens every single morning. Until Thursday morning, he said he had not been able to mow the greens the past four mornings. His fairways have not been cut in six days, and they are usually cut every other day, he said.

He said he had been in a similar situation to canceling or turning down a golf championship when he was the golf course superintendent at Fernwood Country Club in McComb.

At the time, the Mississippi State Golf Association approached him and asked if they could hold their State Amateur tournament on the course. Brooking said he knew there were a few fairways lacking grass, so he turned them down. As a superintendent, he said he wanted to put his best foot forward.

While Brooking empathized with the course superintendent because their seven inches of rain could have been different than what Natchez got. He added he would have found a way to play that regional.

“I could still make that tournament happen if it was (Thursday),” Brooking said. “If it was Monday, I couldn’t let them play because it would be pouring down rain. They would be playing in the mud. ”