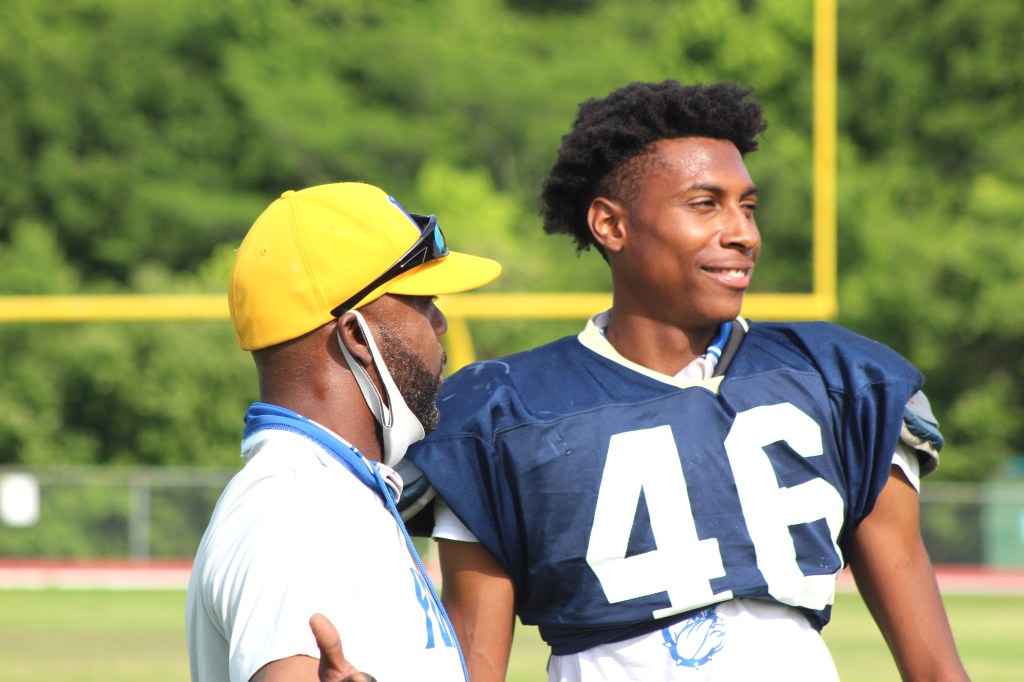 The Bulldogs played a quarter against each school and won 8-0 over Wilkinson and 10-0 over Jefferson County, head coach Randy Craft said. Last season the Bulldogs were not able to have any spring game or spring football practice.

Craft said he was trying to find some young players to step up to the plate in the spring game. He already knew he had experience in junior wide receiver Mike Williams and junior running back Traylon Minor.

One young Bulldog stepped up to the plate.Sophomore wide receiver DeMarcco Blanton had a great spring game, he said. Defensively the Bulldogs did not give up a point in their spring game and even scored on a fumble recovery.

“Not allowing a team to score in both of those quarters is something we wanted to emphasize,” Craft said. “We had some opportunities to create turnovers. We actually created a turnover and scored off of that turnover. Jessie Grayson picked up a fumble and ran it 45 yards (for a touchdown).”

Senior cornerback DeKaron McGruder stepped in the game by making pass deflections and tackles, Craft said. A lot of players got active and were picking up their defensive scheme of being more physical.

McGruder, Roderick Simpson, Minor, Cameron Craft and Koren Harris played baseball this spring and did not join the Bulldog football team this spring until the last week of practice.

The missed spring practice time did not hurt them, Craft said. Spring football is about executing the fundamentals and installing systems and philosophies, he said.

“The good thing about the spring is we are going over our base philosophy,” Craft said. “We just run our base stuff in the spring and try to find a way to execute. They understand those things we were trying to do, so it wasn’t too hard for them to pick up where we were.”