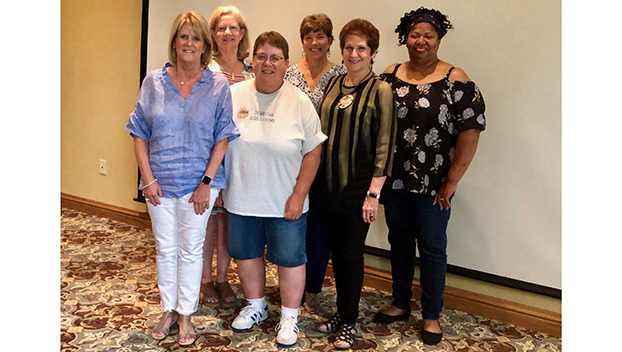 NATCHEZ — While it’s well known that Karla Brown of Downtown Karla Brown’s shuttle service has been around — having walked across the country — it’s lesser known that she has kick started a charity cause in some places she visited that have kept going after she made Natchez her home.

Now, Brown said she wants to have the same charity — which entails feeding the community free holiday meals without any expectations or regard to social or economic status — here in Natchez.

Brown said the charity started because she felt lonely one Thanksgiving in Kansas a little more than 25 years ago.

She asked around if there was anything to do on Thanksgiving and the answer she got was “no,” so she took it upon herself to raise money to fix a Thanksgiving dinner for those with no one to spend the holiday with.

As time when on, the people showed more and more support for the cause, which became a registered non-profit named Community Thanksgiving Inc., she said. The charity had its 25th anniversary last year and fed 1,400 people.

“A few of my friends have said I need to do the same thing here,” Brown said, adding the plan to do so has been developing over the last two years.

Brown said she plans to communicate with the Natchez Stewpot to coordinate the time and place of the Thanksgiving meal so that she does not step on any toes and supersede another good cause.

Her tentative plan is to prepare a Thanksgiving meal large enough to feed 300 people in Natchez on Thanksgiving day. The meal would include traditional turkey and cornbread dressing, potatoes and gravy, corn, coleslaw, fruit salad, rolls, pickles and pies, she said.

Brown said the group would also support local businesses by shopping for items at hometown grocery stores such as The Markets and Hicks Chicks.

Brown said she plans to rally schools, civic organizations and community volunteers to help shop for groceries, prepare and serve the meal.

Brown said donations of food items and holiday-themed paper plates and silverware will also be accepted and can be dropped off at her office inside Franklin Street Relics at 512 Franklin Street.