Rosalyn Haughton Martty was born on April 20, 1936, at the Mobile Infirmary in Mobile, AL and passed away at Poydras Home of New Orleans, LA on May 18, 2021.

Rosalyn grew up in Fayette, Alabama, and graduated from Fayette County High School. A member of the glee club and other school organizations, Rosalyn was also selected as the Fayette Country Maid of Cotton, a local honor. After graduating from high school, she attended and graduated from the University of Alabama where she was a member of Alpha Gamma Delta Sorority. Upon graduation, she relocated to Pensacola, Florida to teach elementary school. It was in Pensacola that she met the love of her life, Fritz Martty, who was stationed at the Pensacola Naval Airbase. The two met on a blind date and were inseparable.

They married in 1959 and lived in St. Joseph and Baton Rouge, LA for several years before relocating to New Orleans where they raised their children Clarke and Kristen. For many years they had a family camp on Lake Bruin where friends and family enjoyed the times of their lives. In 1983, Rosalyn and Fritz relocated to Washington, D.C. and lived in the D.C. and northern Virginia area for 23 years before returning home to New Orleans in 2005.

Rosalyn stayed home to raise her young children before entering the workforce, this time not as a teacher. She became a real estate agent, joining Trade Mark Realty and making many treasured friends, before holding other jobs that included a medical claims investigator for Equifax, an event planner for Customs Conventions and during her years in the Washington, D.C. area, Rosalyn was a writer for GO Magazine.

During the 1970’s she developed a keen interest in genealogy, and passionately researched not only her Haughton family tree but the Clarke/Martty family tree as well. This drive for researching her family’s roots steered many family trips to cemeteries and libraries all around the south from Muscle Shoals, AL to Edenton, NC. During her years in the Washington, D.C. area, Rosalyn became an active member of the Daughters of the American Revolution (DAR) and upon relocating to New Orleans, she became a lifetime member of the local Spirit of ‘76 chapter.

Rosalyn was known for her love of her family, her “joie de vivre,” her charm, wit, wonderful laugh and her incredible sense of style. She was a beautiful lady who lived each day to the fullest until she was no longer able to do so.

Rosalyn is predeceased by her husband of 61 years, Fritz Martty, who passed away in October, 2020, and her parents James Curtis Haughton and Pansy Higgins Haughton, as well as many aunts, uncles, and cousins. She is survived by her beloved family, son Clarke, daughter Kristen, son-in-law Gene Dry, grandchildren Parker Martty Dry and Callan Clara Dry, Thanks to the nurses and staff at Poydras Home for their care over the last 16 months and to Dr. John Amoss and Nurse Natalie Quarls for their loving care at the end of her life. Burial will be private at the Natchez, MS City Cemetery on May 22, 2021. 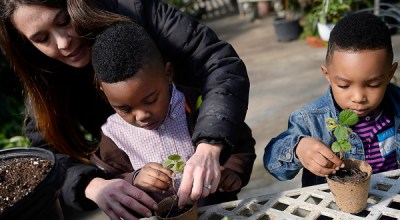