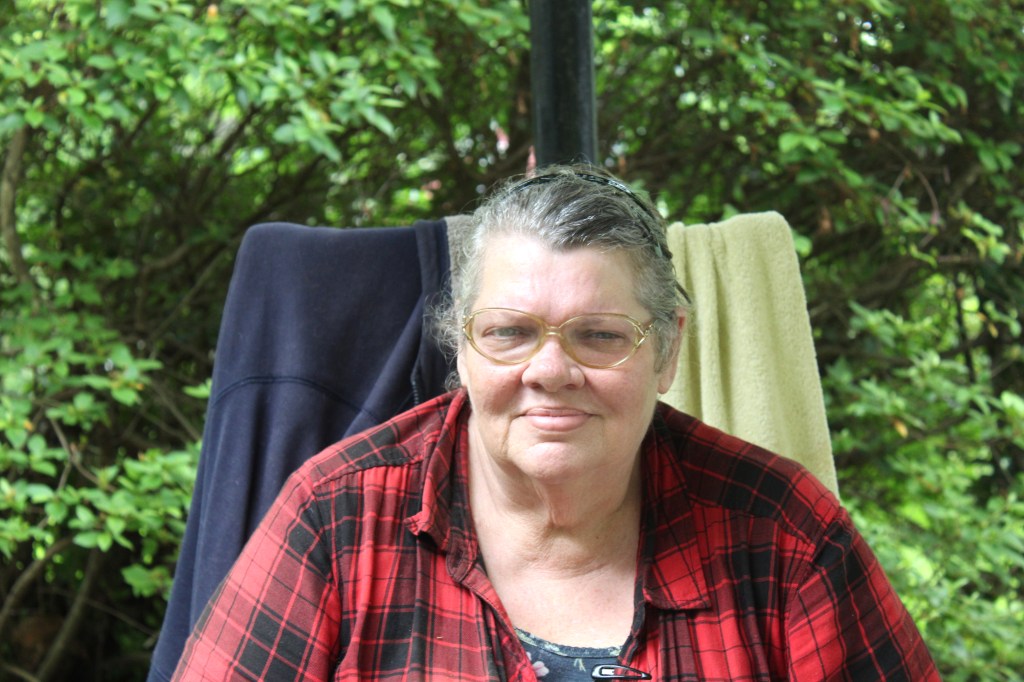 Ora Montgomery sits outside her home underneath a carport where she waves to drivers as they drive down Roselawn drive close to where The Dart landed on Friday. (Hunter Cloud The Natchez Democrat)

NATCHEZ — Underneath a carport on Roselawn Drive, Ora Montgomery waves to drivers as they enter the neighborhood with a friendly smile, where The Dart landed Friday morning.

Montgomery is a lifelong resident of Natchez and graduated from South Natchez High School.

She said she worked with her twin sister, Nora Walker, doing income taxes from 1984 to 2012.

A United Parcel Service truck drives by and honks to Montgomery as she waves back.

In Natchez, she runs into people she used to do taxes for all the time. This was before she had a stroke, and now she sits outside her home.

“It is better than sitting inside and looking at four walls,” Montgomery said. “I sit here and wave at people all day long. The gentleman across the street watches the house and me to make sure we are OK.  John Lees used to live beside me before he died, and the other house has been empty for a couple of months.”

Aside from the honking school bus dropping off lunches for students, the neighborhood is quiet, she said. On a blue cooler at her foot was her phone with a show playing. She said she likes to watch the show  “Heartland” on Netflix.

She said the show is a “western show about a family bringing bad things out of horses. They train them.” Montgomery added she has ridden horses since she was five and would go to horse shows.

“I loved them. (The horse riding) was for pleasure,” Montgomery said. “We would walk around the ring or trot.”

Outside her home is a solid black cat. She said it showed up, so she took her in. Another cat was sleek with white and black fur and had just had kittens, she said. Her estimation is she has about six different cats and her dog that barks at everybody, she said.

She has seen several wrecks while sitting underneath the carport, she said. One wreck hit close to home when she was in the movies with some friends.

“They came up into my yard and hit the house. They had a van,” Montgomery said. “My neighbor called me and said someone just ran into your house. I said ‘Oh my God.’ There used to be a tree on the corner of the house. The van hit the tree and house. There was not a whole lot of damage to the house, but I had to get someone to fix it.”