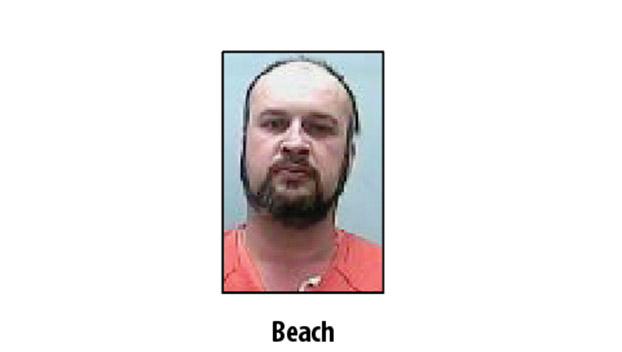 NATCHEZ — Jury selection began Tuesday morning in the trial of Jonathan Beach, 38, who faces two counts of murder for the shooting deaths of two Adams County volunteer firefighters on March 1, 2019.

Jason Haley, 34, and Troy Whittington, 31, were killed at a house on Quasar Street, located just off of U.S. 61 North, on the night of the Krewe of Phoenix Mardi Gras Parade in 2019.

Beach, who was also injured during an exchange of gunfire at the residence, has remained in the Adams County Jail on a $2 million bond.

Deputies said in 2019 Beach contacted his estranged wife, Ashley Beach, on the day of the shooting, attempting to pick up one of their children from the residence.

Jerry Brown, who was chief investigator for the Adams County Sheriff’s Office, said at the time Haley and Whittington were off duty and were with a group of people at a Mardi Gras parade, including Beach’s estranged wife. The group returned to the residence after the parade.

Deputies found the victims near the entrance to the house with Beach still on the property.

Ashley Beach and children reportedly barricaded themselves in a room of the house while the shooting took place. All three men were armed. However, only Beach and Haley fired their weapons and it is unclear who shot first, investigators said.

“We lost two high-caliber volunteers at one time. That’s a great loss to any organization at one time … They’ve left their will and the passion in the volunteer program,” Bradford said.

Whittington had been a volunteer firefighter in both Lake Montrose and Adams County for a total of approximately 16 years and also worked for Allied Tree Company.