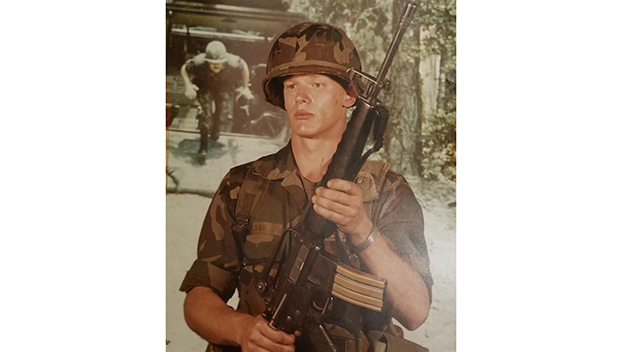 Funeral services for Daniel William Wilson will be held at noon, Wednesday, May 26, 2021, in the White Oaks Memorial Chapel with Reverend Aaron Thompson officiating, under the direction of White Oaks Funeral Home, Oakdale.

Daniel, 61, of Oakdale, entered eternal rest on Wednesday, May 19, 2021 in his residence. He was born November 6, 1959 in Niagara Falls, New York to Charles Richard and Barbara Lee Bennett Wilson. He proudly served in the United States Army. Daniel retired from Boise Cascade as a mechanic. He was a loving father, brother, grandfather, uncle, cousins, and friend.

He is preceded in death by his parents; one brother, Michael Wilson; and twin sister, Mary Ann Wilson.

Those left behind to cherish his memory are one son, Zachary O’Neil Wilson and Mariah Guidry of Oakdale; one daughter, Teresa Wilson and Rustin Monk of Oakdale; two brothers, Rick Wilson of Humboldt, Tennessee, and Willie Wilson of Niagara, New York; two sisters, Barbie Wilson of Mississippi and Katherine Ann “Cricket” Lynell of Niagara Falls, New York; three grandchildren, Zoey and Cade Wilson and Adam Hinton; along with a host of nieces, nephews, family, and friends.

Visitation will be held in the White Oaks Memorial Chapel on Wednesday, May 26, 2021 from 9 a.m. until noon.