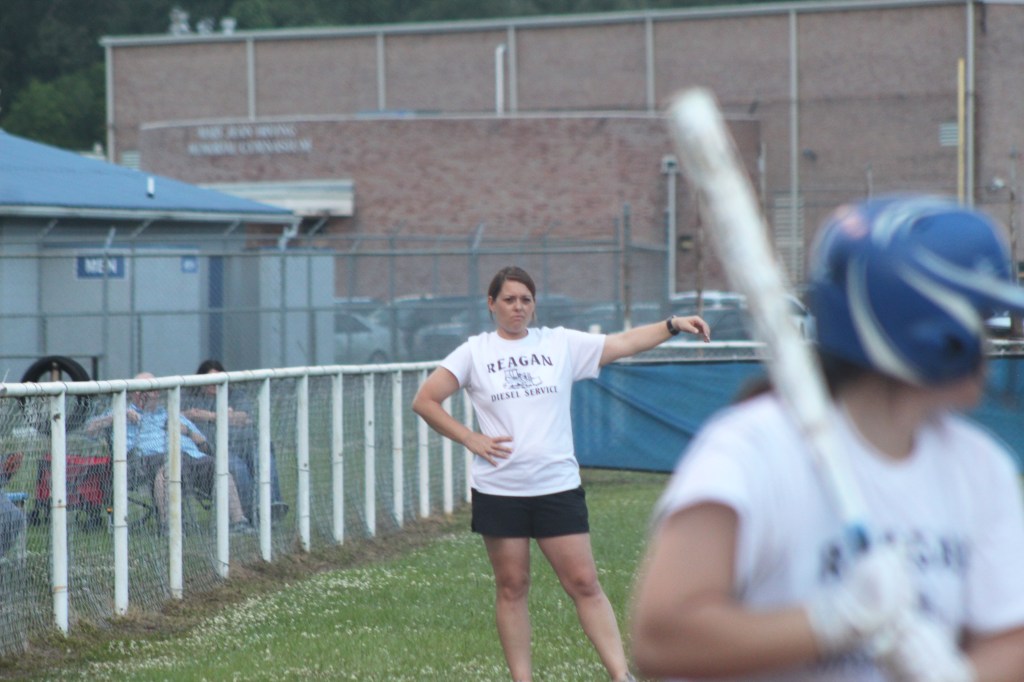 NATCHEZ — Underneath the lights of the “Riana ‘Rio’ Flynn” field, Coach Charmaine Passinger looks on as her Natchez-Adams Softball League team runs to the centerfield wall.

Among them is her daughter Brooke Collier.

Passinger has played softball since she was a young girl. For most of those years, her father, Gene Reagan, sponsored her ball teams. Now, he and his company, Reagan Diesel Service, are sponsoring his granddaughter’s team.

Down the right field foul line and past the batting cage, a young red maple sapling grows. Her mother’s name, Nancy Reagan, is on a plaque at the base of the tree. She died Dec. 9, 2019.

“This was her home out here. She followed (my daughter and me) both out here,” Passinger said. “At first, it was hard coming out here, but now a piece of her is out there. She loved it more than I did. I’m proud they (planted that tree).”

Passinger first started playing softball as a five year old, first with the Natchez Baby Bombers and then the Natchez Lady Bombers.

She played basketball and softball at Adams County Christian School.

She recalls being pushed to play softball by her mom and dad at first, but it didn’t take long before she fell in love with the game. Learning to slide into base on the Slip N Slide is her most precious softball memory. After days of hard practices, she looked forward to the Slip N Slide day.

“Back then, we worked our tails off at practice,” Passinger said. “We had four- or five-hour practices, so the fun days were getting wet and sliding. They were tough. They made us work.”

Her daughter has been on the softball field since she was five, too. Collier is 17 now, Passinger said. It was her daughter who convinced her to come out and coach a softball team.

“I wanted to teach her how to play ball. Not every coach does that,” Passinger said. “I’m the coach who does one on one. You don’t play to get a trophy. You have to learn the basics. It starts with the basics, and I like to start with the ones who don’t know. You have to start somewhere, and that is why I coach.”

The team plays on the field named in honor of her teammate and friend, Riana Flynn. Flynn died in a car accident in 2002, their senior year of high school. Passinger remembers when Flynn first started playing softball in the Natchez-Adams Softball League.

“When Riana started playing Lady Bombers with us, she came out here wearing military boots and a skirt,” Passinger said. “That was funny. We all looked at her like ‘boots?’ That girl could play ball.”

A scholarship was created in honor of Flynn, and Passinger was awarded the first scholarship. She said it was special just like the tree.

“I was the only one still out here who played with her. It is just part of my family, I guess. Kind of like that tree,” as she gestures to the red sapling. She still has the plaque from the scholarship award.

“It was special because I had been out here with Riana since day one,” Passinger said. “Our whole team was a family. We did everything together. We traveled together. We stayed together. We were all leaders.”