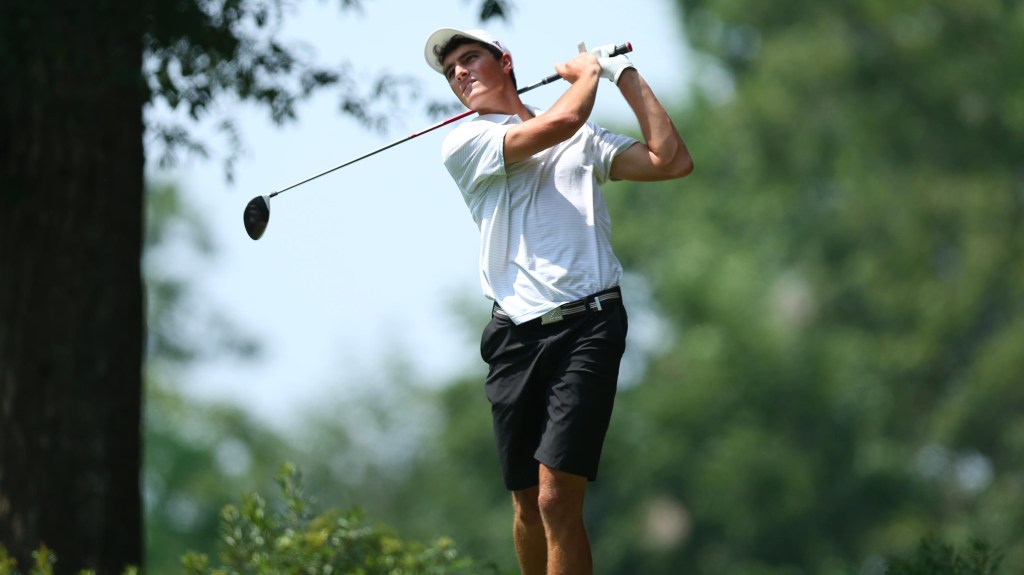 NATCHEZ — The 2021 Natchez Open Golf Championship will have a local feel to it with nine players from Natchez in the field as well as former champions and players from the Norman Puckett Junior Championship.

The three-day tournament will take place on June 4-6 at the Duncan Park Golf Course. Among those from Natchez in the amateur division are six-time city champion Jordan Farmer, who finished fifth overall and was the low amateur in last year’s Natchez Open, 2017 city champion Casey Ham, Howard Jones, Adolph Hayes, and Nate Leonard.

“Howard is a very good player. Nate Leonard, one of our very good players, is in the field,” Duncan Park golf course superintendent and six-time city champion Greg Brooking said.

Brooking is among those from Natchez who will be in the senior division for those amateurs over 60 years old. Eleven-time city champion Pete Powell is in the field as well as Bill Byrne, Byrne was a medalist in a regional qualifier for the 2015 and 2017 USGA Senior Amateur Championship.

“Pete’s one of the favorites in the senior division, along with Bill, Robert Willis from Grenada, Robert Sanford from Meridian, who came in second, and Ricky Sims from Canton, who came in third,’ Brooking said.

The defending champion in the senior division is Barry Stafford from Memphis, Tenn. He had rounds of 72-70-71 to finish at even-par 213.

Former Norman Puckett Junior Champions Tristan Hernandez, from Magnolia, Texas, and Griffin Agent, from Madison, are in the field.

“They’re here as past champions,” Brooking said. “Wilson Furr from Jackson had something come up and he had to withdraw. Jackson Wedgeworth is graduating from college and he’s moving back to Hattiesburg, so he’s officially out.”

Agent said he is excited to return to Natchez to play in the event and what challenges the course at Duncan Park awaits him.

“I’ll be moving to Natchez about a week after the Open. It’s been a long time. I played in the Norman Puckett three or four times,” Agent said. “It’s been five years since I last played there. It’ll be different than what it was in high school. I just finished my college golf career. It’s a different mindset. My game is definitely in good shape. A few things as a mid-amateur. Maybe I’ll be more relaxed and more of a stress-free tournament now that I’m no longer a college golfer.” Agent added. “With it being a professional event, it’ll be a little harder, but I don’t think there will be too many changes (to the course.”

Trent Gilbertson from Petal, Tanner McKenzie from Pine, La. and John Tyler Broome from Hattiesburg played in the Norman Puckett Junior Tournament, and will also make a return to Duncan Park to play in the Natchez Open.

“There’s a bunch of good golfers coming from all over. I’m coming back. It’s a good golf course. Greg puts on a good tournament and I’m excited to be playing in in,” Gilbertson said. “We’re in the amateur division.”

Brooking said that Gilbertson knows both Hernandez and Agent from their days in playing in and winning the Norman Puckett Junior Championship. Hernandez won back in 2012 when he was just 15 years old while Agent won in both 2014 and 2016, the latter of which when he was 18 and carded a tournament-record 67 for the win.

“They won a long time ago. Tristan used to play at William Carey a while back,” Gilbertson said. “With the addition of the pro division, it’s attracting a lot of young players to start their careers at a great golf course.” Brooking added, “They have a good perspective of the course. It shows a lot of respect for the Norman Puckett Junior Championship as a major junior championship in the state of Mississippi.”

Defending champion Hayes Weathersby from Poplarville, runner-up Casey Fernandez from Durant, Okla., Ross Bell from Madison, Greg Sonnier from Lake Charles, La. and Farmer are among the overall favorites for the tournament.

As for getting players and spectators ready for the tournament, Brooking said, “You have trees growing all over the place. You have grass that’s growing. Players that are getting sick and having to replace them. We’re going to have a lot of people here.”

Piece of friend and family come together at softball…