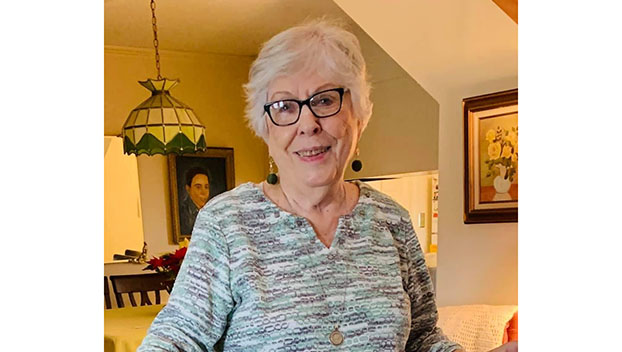 NATCHEZ — Joan Crawford Meadows McLemore passed peacefully from this life on Wednesday, May 26, 2021 after a brief illness. Joan was born on August 24, 1929 in Bivens, Texas, to James Leon (Med) Meadows, Jr. and Dell Crawford Meadows.

Joan’s early schooling was in Texas, Oklahoma, Louisiana, and finally in Natchez. She graduated from Natchez High School in 1947, where she was very active in extra-curricular activities. She was honored to be a co-editor of The Echoes, the school newspaper. She attended Mississippi State College for Women (now MUW) for two years.

In the summer of 1949 Joan met the love of her life, Kenneth Lyons McLemore. The couple married on May 6, 1950, at Jefferson St. Methodist Church in Natchez.

Joan and Kenneth made their home on his family’s farm at Kirby. Following the birth of their son Ken, she began working at the Bank of Franklin in the spring of 1951. During those years she and Kenneth attended baseball games, worked in the concession stand, attended football games and track meets from the time Ken began playing pee-wee football in the fifth grade at Meadville school until he graduated in 1969. They attended the freshman football games at MSU where Ken played linebacker.

Joan served on various committees and presented workshops at conferences for the Mississippi Library Association. She also served as Executive Director of the State of Mississippi’s National Library Week and contributed articles to several professional library journals. She collaborated with author Caroline Feller Bauer on a book for children’s library services. Joan was also well-known as a professional storyteller.  She traveled the state entertaining audiences with her animated tales, puppetry and costumes.

Joan’s three grandchildren accompanied her on many storytelling trips. She attended all of their dance recitals and sporting events and frequently took them on picnics at Grand Gulf State Park and along the Natchez Trace. They spent weekends and summer visits at her home in Kirby where she always made breakfast to order and served dinner on fine china. Joan hosted family holiday gatherings for decades and prepared everyone’s favorite dishes.

Joan was initiated into Delta Kappa Gamma Society, a professional women educators’ organization, in 1981. She held chapter offices including Rho Chapter presidency. She was a presenter at many state, regional and international conferences. She was honored to be chosen to attend the Golden Gift Leadership Conference at the University of Texas in 1995. She was also honored to serve as an International Speaker. She was the keynote speaker at Red Deer, Alberta, Canada at the Alberta State Conference.

On July 1, 1990, Joan became the Director of the Copiah-Lincoln Community College Library, Natchez Campus. She had a successful career as an academic librarian and retired in 2002.

Joan has adopted the avocation of Professional Storyteller, an out-growth of duties as a public librarian. She has presented story programs to many civic groups, library groups, heritage societies, and to church groups. She has lectured on the subject of storytelling at Sam Houston State University, University of Southern Mississippi and University of Mississippi. In recent years, her subjects dealt mainly with characters in history and the history of Mississippi.

One might say Joan never met a stranger.  She could strike up a conversation with anyone and within minutes could find a family relation based on her extensive genealogical research.

Joan was very active in many heritage organizations. She was an organizing and charter member of the Homochitto River Chapter of the Daughters of the American Revolution. She also served as Chapter Regent. She was a charter member of the Governor George Harlan Chapter Colonial Dames Seventeenth Century. She was a member of the Mississippi Society Dames of the South; Solomon Magee Chapter Daughters of the Society of the War of 1812; First Families of the Twin Territories (Oklahoma); and Dames of the Court of Honor. She was a member of the Order of First Families of Mississippi 1699-1817, and she served as Governor General for the 2009-2011 biennium. She was a descendant of William Seale who settled in Virginia in the colonial period. She was a descendant of Charles Seale, Jr. from North Carolina who fought in the American Revolution. Her maternal great-great-grandfather, Anthony Seale fought at the Battle of New Orleans in 1812. Her maternal great-great-great-grandfather also fought in the War of 1812. Her maternal great-grandfathers, William Martin Crawford and Mark Anthony Seal fought in the Civil War.

Joan was a member of the Mississippi Historical Society, and she was a member and served as president of the Natchez Historical Society. She served as secretary of the Progressive Study Club; chaplain of the RoseCraft Garden Club. She was a member of the Natchez Garden Club. She served two terms as president of the Institute of Learning in Retirement at Co-Lin Community College. She was also listed on the Speakers’ Roster of the Mississippi Committee for the Humanities.

Joan was preceded in death by her husband Kenneth, her parents and her brother, James Leon Meadows III.

Visitation was held at the First Presbyterian Church of Natchez at 10:00 am on Saturday, May 29, 2021, followed by a Memorial Service at 11:00 am. A graveside service was held at 3:00 pm at Midway Cemetery in Meadville, MS. In lieu of flowers, the family requests donations be made to the First Presbyterian Church of Natchez or the Franklin County Museum in her honor.

The family would like to thank the caring staff at Heart2Heart Homecare, Compassus Hospice Care, Dr. Charles Borum, and Dr. Kellen Jex.