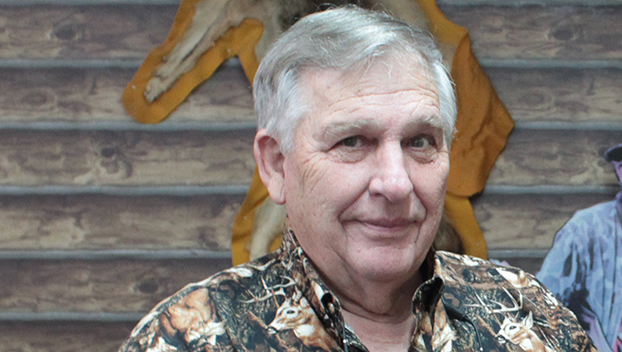 Hewitt Archery owner Homer Hewitt is a long-time hunter and outdoorsman. He has even built a business out of his love for archery and bow hunting.

He said hunters could use the summer months to learn about their property, the deer that live there, and to train man’s best friend to help them in the field for the fall. They don’t have to hunt feral hogs in the summertime to stay active in the woods.

“This might be a good time for new hunters, to take (your kids) out and start practicing and work on scouting,” Hewitt said. “Show them the signs of food, tracks and scat so they know what to look for.”

He said hunters might consider is placing trail cameras on the property they hunt so they know how many deer are there, and when they are in a spot on their property.

Hunters should be careful placing attractants in front of trail cameras and checking game cards because they could leave their scent and scare off deer from the area.

If a new trail camera is way out of their price range, hunters can use the old-school trick of using a string or yarn. He said you take the string or yarn and run it across the width of the game trail at about waist high. Any lower, a varmint will break it. A hunter can tell which way a buck or doe is traveling by looking at which way the string broke.

If hunters have stands on their property, it is wise to check them, he said. There is a possibility something such as a limb breaking during a storm could have impacted their stand. Hunters should also check their safety harness before getting in the tree. He said people should prepare their bodies physically over the summer.

“When I did a lot of elk hunting I would run six miles a day to be where I would physically be able to hunt in the field,” Hewitt said. “We have to walk and climb more, so you want to make sure your body is ready for it.”

Hunters can use the summer to prepare for what he called the second hunt. It is the hunt for the deer after an arrow hits its target.

Following a blood trail may be difficult for people with bad eyesight. There are a few tricks to still trail a deer. He said you can use a bottle of peroxide. You spray where you think a trail is in order to track a deer, or in the summertime hogs. If the peroxide foams up, then you take tissue paper and drop them on the trail to track the deer.

You could also use lights to illuminate the trail. He said one was called Starbright and it would reflect a blood trail in the dark. Primos Hunting also has a light that picks up red and enhances it tenfold, he said. You could even train a man’s best friend to help track a deer.

“Next time your wife takes a steak or deer meat out save the blood off of that. Pen your dog up and put a few drops of blood throughout the yard,” Hewitt said. “Start out short and in the trail put a little treat. Then take your housedog and turn him loose. They will hit that trail. A smaller dog is better because they aren’t as fast and you can keep up with them. You can train your own housedog to trail a deer that way. It will pick it up and get you back on the trail. Right now would be a good time to train them.”