“They help with increasing our opportunity to work on execution and keeping in shape. Work on our chemistry, timing,” Craft said.

Craft said the 7-on-7 games allows his players to get better and more familiar with what they’re doing naturally instead of thinking about it. He said that before 7-on-7s, Natchez High was working on Tuesday, Wednesdays and Thursday on strength and conditioning.

Craft added that it’s hard to gauge what a team can do until the season begins.

“It’s hard to gauge what a team can do without shoulder pads,” Craft said. He added that it’s easier to execute calls in the summer when the players are not in helmets and pads.

When asked how a coach can get indicator on how a team will do during the summer, Craft said, “Players trying to execute calls.”

Cathedral High School head coach Charles Darbonne said his team has already partaken in several 7-on-7 games this month with more to come.

Darbonne said the 7-on-7 games allow the players who are there the opportunity to play more than one position – especially with some of his other players out of town.

Darbonne said the style of 7-on-7 games his and other teams are being done is different than the traditional tournament-style games.

“The way we’ve done it so far with (Vidalia head coach Michael) Norris, (new head football) coach Roger Combs at Jefferson County, and coach Craft, it’s a teaching style,” Darbonne said. “We don’t’ have every one of our guys to do this. Our emphasis is more of a stop and teach.”

Darbonne said one example is if there is a play a player doesn’t like because it was done wrong, the coach and the players can get it right and then move on to the next play.

“It’s good practice time. It’s good teaching time with everyone that’s involved,” Darbonne said. “It’s competitive. You get eight plays from the 40-yard line to try to score. If a coach wants to teach something after a big play, they can get it corrected and go on from there.”

Darbonne said the Green Wave is working out every day. Well, almost every day of the week.

“We’re running and lifting. We’re throwing the ball, trying to get our timing down. We work on strength and speed and the football aspects of it. We work four days a week for two hours a day,” Darbonne said.

As for how a coach get an indicator on how the team will do during the summer, Darbonne had a different take than the other local coaches.

“The biggest part for us is getting guys who can compete. They don’t like getting beat. Whether it’s 7-on-7, weightlifting, running, practice. We’re looking for guys who can compete and hate to lose,” Darbonne said. “They’re some highly-skilled players and some experienced players who can train the younger players what we do here to compete.”

Vidalia High School head coach Michael Norris said his team in only doing a few 7 on 7 games with Cathedral High School this summer and those are the only ones the Vikings are doing this year. The two teams met last Monday night and Norris said the two teams will have two more of these games next week.

“It helps our team with learning how to compete,” Norris said. “Defense, it helps with coverage assignments. Offense, working on the timing with our quarterback and our receivers. There’s no running and no tackling. And they have a little fun with it. I had one coach tell me it’s like football in pajamas.”

Ferriday High School head coach Stanley Smith said the Trojans will not participate in any 7 on 7 games this month, but perhaps sometime in July. 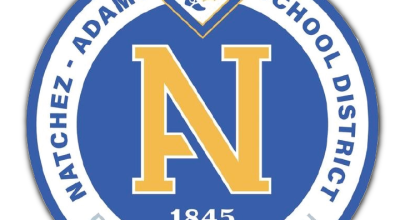