Smith undefeated against district as 2021 Coach of Year 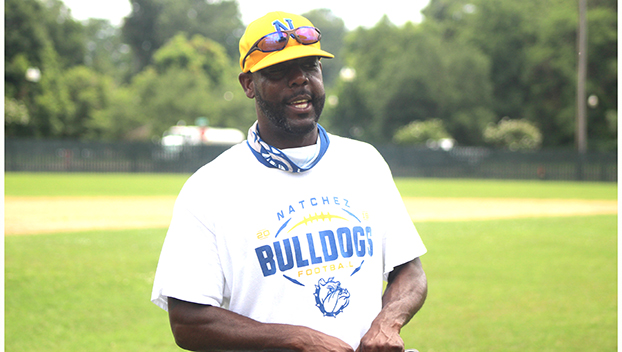 Natchez High School Baseball Coach Dan Smith had to battle COVID-19 on two fronts this season. He coached his team to a district championship and the title is the reason he is the 2021 Miss-Lou coach of the year.

Smith led the Bulldogs to an undefeated run in district play to win a district championship. His love for his players stands out. He was on the phone between football practice and baseball practice this week, trying to get a player an opportunity to play summer ball in Atlanta.

COVID cut last season short, but it still had an impact this year. He said he had to spend time sanitizing baseballs, bats and taking kids’ temperatures.

“At the end of the day, our kids’ safety is our number one priority,” Smith said. “There was a lot of extra stuff because of COVID, but you had to do it. There were no shortcuts or anything. You had to do it.”

Natchez outscored its district opponents 92 runs to eight. His team was a terror on the base paths, stealing 214 bases in a single season. They were undefeated in district play and went 12-11 overall.

“They were able to play a full baseball season their senior year,” Smith said. “When we won district, it was an accomplishment for the kids. I was happy for the kids. They have their sign-up in the outfield, and it will be there 30 years from now, hopefully. Something like that has sentimental value.”

Rainouts forced several games to move around, and unlike ACCS, Natchez does not have any covered batting cages, so they could not practice in the rain. COVID limited the number of players he could have on the team, which impacted his approach to managing pitchers.

He missed the first week of district play from March 18 to 25, because he contracted COVID and had to go into quarantine. Assistant coach Kevin Campbell filled his role until it was safe for Smith to return.

The week was hard because he had to quarantine. It could have been worse, he said. Natchez has a good group of players and coaches, and it helped the situation, Smith said.

“It was like seeing something, wanting to do something, but you couldn’t,” Smith said. “It was tough. I dealt with it, but it was pretty tough. With the good kids and the good support system, it made the situation easier. I was on FaceTime a lot during practice. When you have good kids, and coaches it makes it a whole lot easier.”

Smith told one of his players he could be in Chicago and know where his players are and what they are doing. One player walked up behind him Wednesday, and Smith asked why they did not have their catcher’s gear on.

A native of Natchez, he said the community knows who he is and who his players are. It helps him because they keep an eye on the players out in the community when he is not there coaching.

“When you go to Walmart, and they say ‘hey good game.’ It makes you think ‘I need to watch what I’m doing,’” Smith said. “Most people that know me, they know my kids. Anytime they go anywhere if they see them at the pool or something, I may get a text about it. Then I talk to the kids. I wasn’t even at a game last night, and my catcher missed a couple of block ups. He didn’t know I k 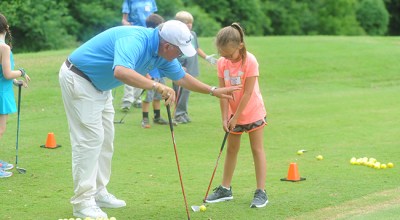